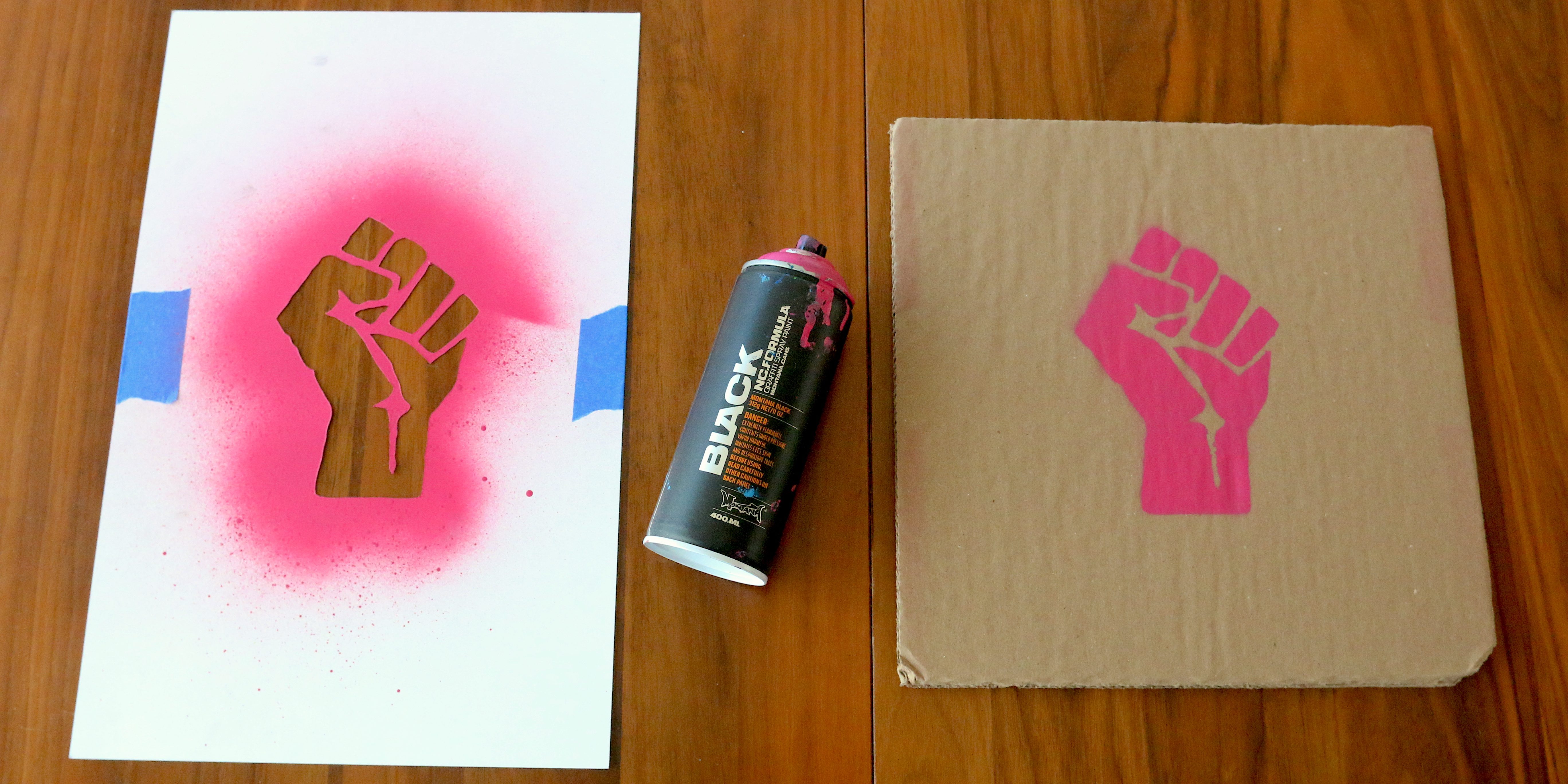 Like many of you, I’ve spent a lot of time at home since March 16. To combat the impending doom of boredom, one thing helping me is creating art. Something about giving life (and color) to an idea in my head is highly motivating and also a relaxing way to spend my free time. I won't lie, sometimes it takes multiple tries and variations for me to be content with my creation; but that’s one of the best parts of making art, right?! The process. So with that said, I offer you a bit of insight and instruction on a fairly simple art craft that hopefully you can try at home, too.

A Bit of History

Fast forward about 10 years and another French artist by the name of Blek le Rat, opens a new window began to really put stencil street art on the map (and by “map”, I mean on walls all over the streets of Paris). Like his French predecessor, Blek’s stencil art focused on political and social commentary, often including his signature motif of a rat, opens a new window along with other imagery. During this time (the early/mid-1980s), graffiti and street art were becoming an art movement practiced all around the world - from Paris, to New York, to Los Angeles, to even the streets of Bristol, England.

How to Do It Yourself

So now it’s your turn! Below is a simple how-to guide on making stencils at home. Whether you want to spray paint something on your skateboard or you’re looking for a fun activity to do with your family, let’s get creative.

Start with a few must needed supplies: a can of spray paint, an X-Acto knife, card stock paper (or any type of thick paper), scotch tape, a self-healing cutting mat (or thick cardboard you can cut into), and your design. 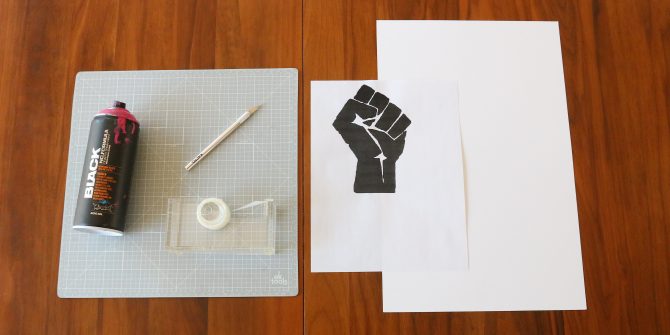 A few things that are not must-needs but would be helpful: disposable gloves, a garbage bag, and painter's tape. 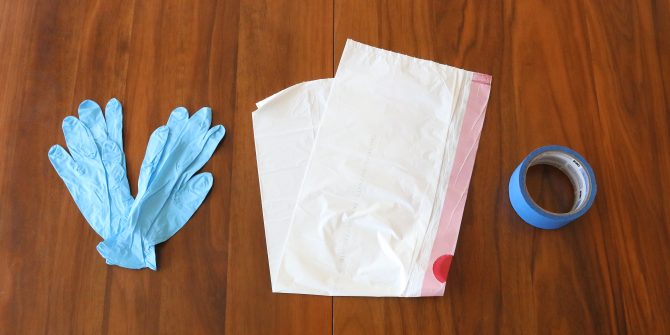 Step 1: Find your stencil design. Google, opens a new window is your best friend here. Search “________ stencil” and you most likely will find something that works. Letter stencils are great (and fairly easy to cut), or you can try to search something like “fist stencil” which is what I did for my example below. 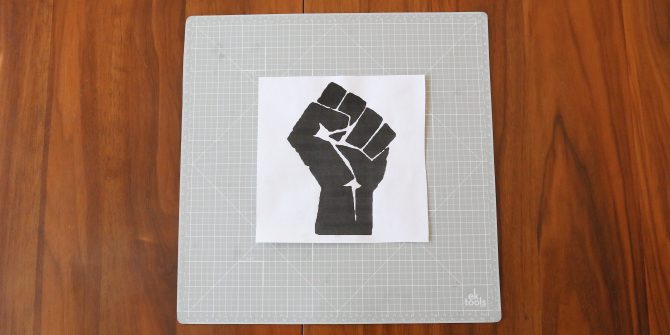 Step 2: Print the design and use small pieces of scotch tape to tape it to the center of your card stock paper (or whatever thick paper you’re using for your stencil). 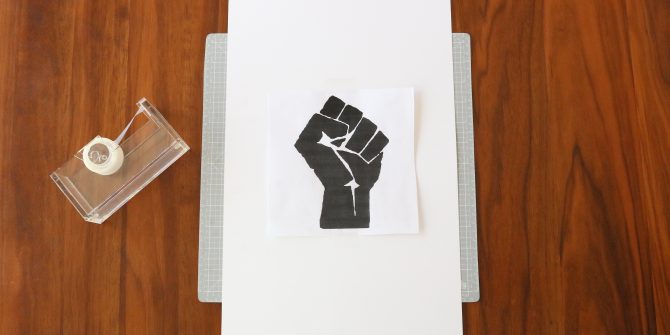 Step 3: With your self-healing cutting mat (or thick piece of cardboard) underneath, carefully trace around all of the black area with your X-Acto knife. 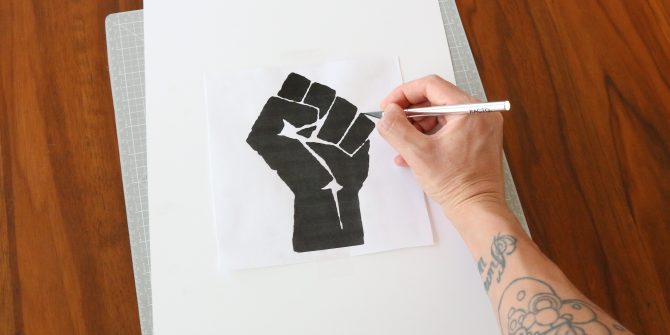 Step 4: Peel off the loose pieces as you go so you know what is already cut. Remember, you want plenty of negative space, opens a new window when cutting out stencils. 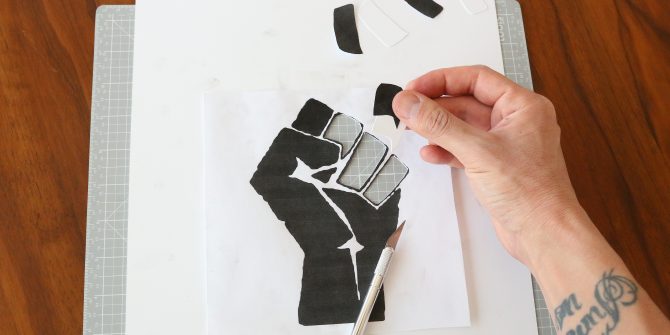 Step 5: You don’t need to be super accurate with your cutting, so no worries if you make a mistake (use the scotch tape to reconnect two pieces if you have to). You also don’t need to cut everything from the design you printed out - this is a great time to customize the design and tweak the image so you can make it your own. 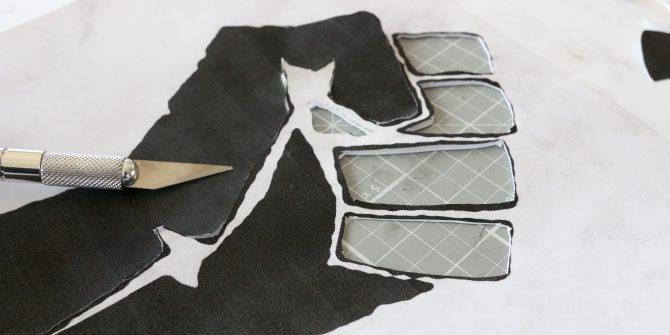 Step 6: When you've finished cutting, carefully peel off the pieces of scotch tape from your stencil, and boom - you have a freshly cut stencil ready to use! 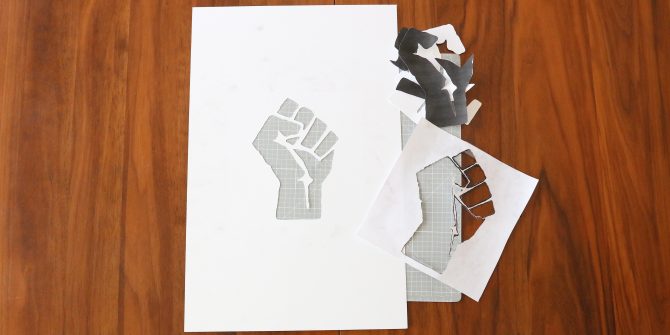 Step 7: Be mindful where you put your stencil before spraying it. A good idea is to tape a garbage bag underneath your work area so that spray paint doesn’t get all over. If you have painter's tape, use a few pieces to secure the stencil on the object you are spray painting so that the stencil doesn’t move around. And lastly, if you have disposable gloves, use them so the paint doesn’t get all over your hands either. 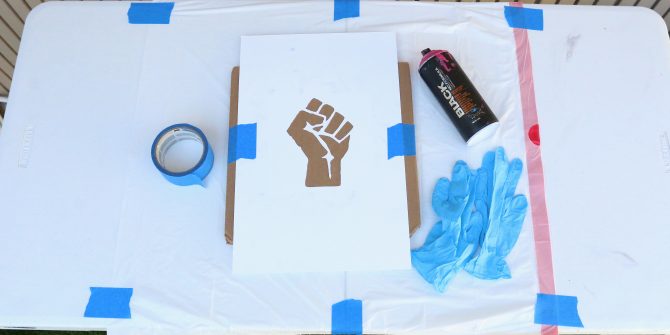 Step 8: When using spray paint, aim the can at an angle (instead of holding it directly above your stencil) at about 6 inches away, and keep your hand in motion while spraying. You want to make sure the spray is evenly distributed and that paint isn’t getting too dense in one area - the more you spray, the more detail you might lose. 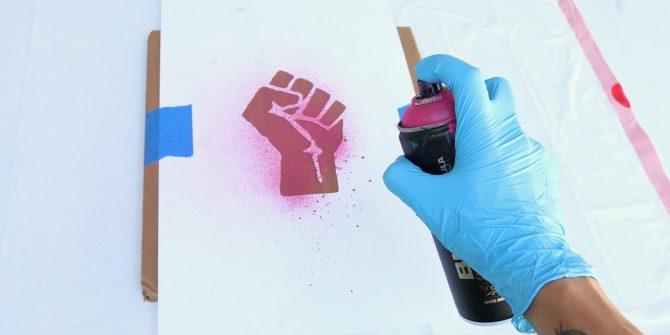 Additional pro tips: Always spray paint outdoors. After you spray, allow it to dry for a minute before you carefully peel off the stencil. Depending on how thick your paper is, you should be able to use the stencil a few times before it gets too wet from the spray paint and starts to deteriorate. And maybe most importantly, remember we are all artists.

Here are some books and movies on stencil street art you can check out:

Exit Through the Gift Shop

What would you make a stencil of? Let us know in the comments below!