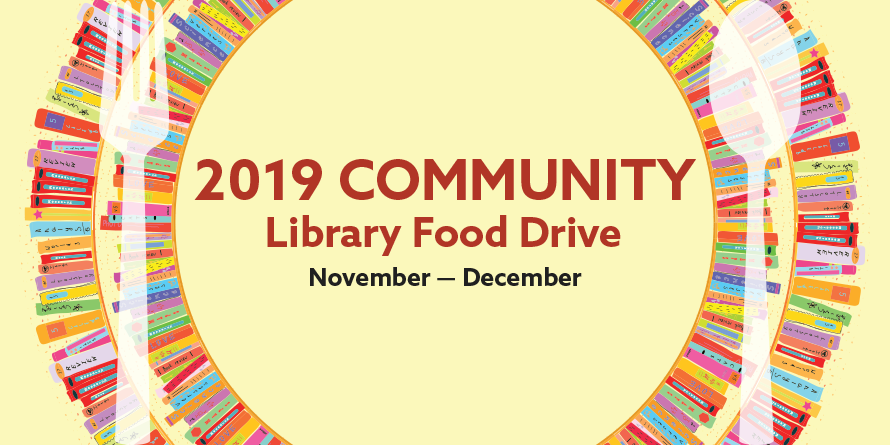 Although San Mateo County Libraries is now fine-free, we are still supporting our partnering libraries in their Food for Fines program, a library food drive. If you owe fines at a City Library, now is your chance to clear your overdue fines while helping those in need this holiday season. Bring non-perishable food items into one of the participating libraries below during November and December to get your fines/fees waived.

A primary goal for Food for Fines is to eliminate barriers to library access while also assisting those who are struggling to put food on the table. Patrons can give to the community and get their library account back in good standing as we close out the 2019 year.

Food must be in store-sealed cans, boxes, or plastic containers within its expiration date. Glass containers, perishable food, or opened containers cannot be accepted. Donations will waive library overdue fines only, not fees for lost or damaged items. Home-made or home-canned items are not accepted.

According to Second Harvest Food Bank, the most needed non-perishable items are:

Last year, participating libraries collected a total of 26,325 pounds of food partnering with Second Harvest Food Bank who distributes more than 65 million pounds of nutritious food to low-income people annually in Santa Clara and San Mateo counties. Most recipients are children and seniors. The millions of pounds of food are provided free to 309 local nonprofit agencies at more than 900 sites, including pantries, soup kitchens, shelters, and after-school programs.