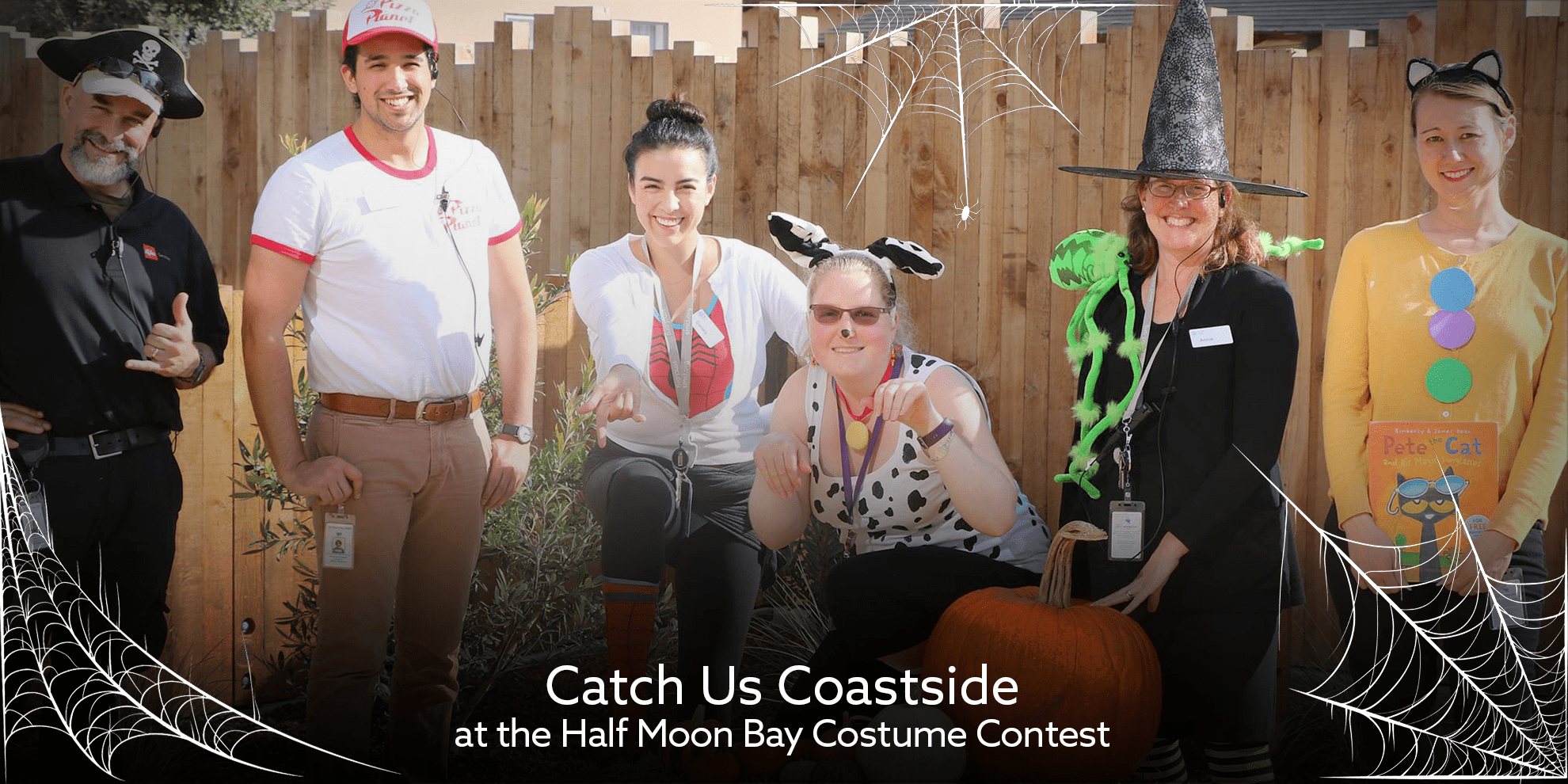 Every year around September, Half Moon Bay goes through a change. First the nurseries that line Highway 92 go from flowers and plants to pumpkins. Then the statue of a horse at Lemos' Farm gets a new look, usually something fall or pumpkin related. Then the planning for one of my favorite festivals, the Half Moon Bay Art & Pumpkin Festival, opens a new window starts.

The festival is usually the third weekend in October, and this year marks a return after a two-year hiatus. It is a weekend where you can find anything pumpkin related, like pumpkin ice cream, pumpkin pancakes, pumpkin bread, pumpkin muffins, pumpkin beer and that’s just the food, there are also pumpkin shaped hats, home décor and more. This year The Half Moon Bay Pumpkin Festival will be celebrating its 50th Anniversary and it is bound to be one for the books!

One of my favorite pumpkin festival traditions is the costume contest, opens a new window, it is hosted by volunteers and staff of the Half Moon Bay Library. The contest usually takes place in the morning so that the participants can join the parade once the contest is over. This year's event will be at 10:00 AM, Saturday, October 15, opens a new window. The costume contest is divided by age and group categories, and participants are judged on the artistry and originality of their costumes.

The first, second and third place winners of each category will win a special prize donated by local merchants this year. The first-place winners from each category will compete for the coveted grand prize, but truly everyone is a winner. The costume contest participants can then join the parade and show off their costumes! It is always fun to see the creativity that goes into creating a costume. In the past we have had babies dressed as grandmas, grey hair and walker included, and a group of more than 10 participants that depicted some of our favorite fairy tales. Come and join the fun. Share with us your favorite pumpkin festival memory or favorite costume below.