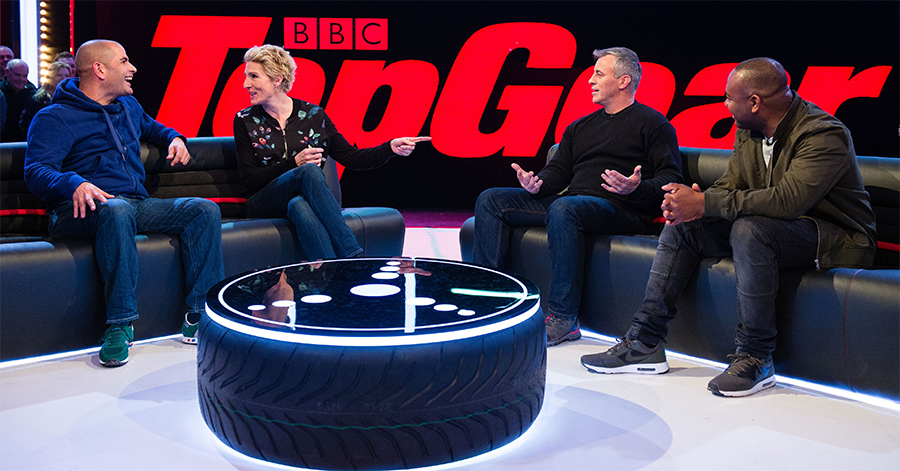 Start your engines! The world's most popular motoring show has returned with Season 25 of Top Gear now airing on BBC America, opens a new window.

Season 24 saw a revamping of the logo, a new studio setup, and the return of the celebrity interview segment, now with a reasonably fast car in a segment called "Star in a Reasonably Fast Car."

With the critical success of Season 24, Season 25 makes no further polarizing changes and continues with what worked before, dudes doing dumb things in cool cars. After the previous season it was apparent that the presenters began to form some sort of chemistry, all of which continues to grow as Season 25 is underway. Obviously, Top Gear is not what it used to be with May, Hammond, and Clarkson, but it doesn’t have to be. Instead we have been gifted now with two great motoring programs that only get better with each episode. Season 25 of Top Gear is now airing on BBC America and on BBC Two in the UK.

Check out some of the classics with Clarkson, Hammond, and May!

For car enthusiasts who like to repair their own cars, did you know you can get free access to the Chilton online library with you library card? One of our Online Resources, you get exclusive photographs, diagnostics designed by instructors, step-by-step repair procedures, Original Equipment Manufacturer (OEM) maintenance schedules, wiring diagrams, recalls and Technical Service Bulletins (TSBs) for automobiles and light trucks.

Are you a Top Gear fan or a Grand Tour fan? Have you learned to love both? Let us know below!