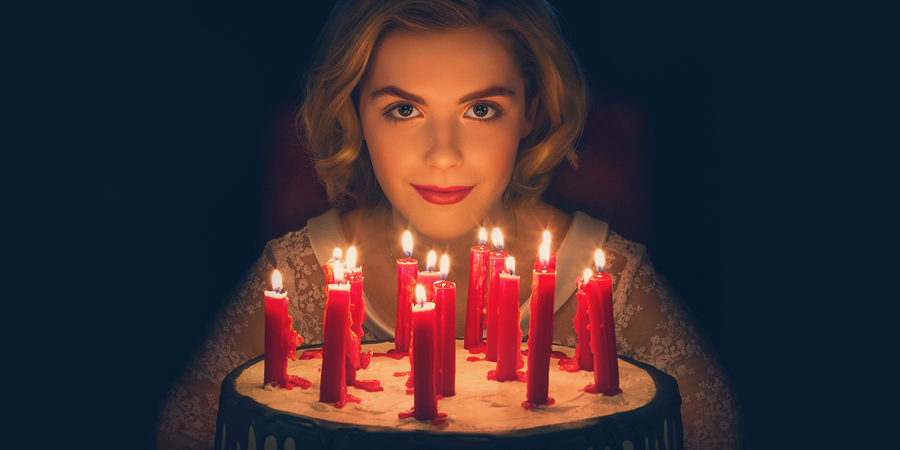 Like many kids in the 1990s, I was a huge fan of the Sabrina the Teenage Witch live-action TV show, starring Melissa Joan Hart, opens a new window. Sabrina, along with her sassy talking cat, Salem, got in the most absurd magical situations. My mom told me that the TV show was a comic book first and that Sabrina was part of the Archie/Riverdale, opens a new window universe. What?!? Mind = blown. That started my love for Sabrina as well as for Archie and the gang.

I couldn’t have been more excited when I heard that Riverdale, opens a new window, a live-action TV series based on the comics, would introduce a Sabrina character in Season 2. According to Riverdale creator and Archie Comics Chief Roberto Aguirre Sacasa, this version of Sabrina would be based off of the comics series, Chilling Adventures of Sabrina, also created by Sacasa.

But instead of another character on Riverdale, Sacasa gave us something better: a whole Netflix series, opens a new window starring Sabrina! If you haven’t read Chilling Adventures of Sabrina, you might be a little shocked by this rendition of Sabrina and Greendale, the town she lives in.

The Netflix series trailer features a creepy rendition of “Happy Birthday” with Sabrina blowing out the candles among a goat-horned creature and other ghoulish characters. We get a brief glimpse at Harvey, her boyfriend, and some hints that Sabrina will struggle with having to choose between the mortal high school world and the witch world – all while battling evil forces.

Sabrina arrives to Netflix on October 26 – just in time for Halloween! Get ready for the premiere with your San Mateo County Libraries card!

Want to read the comics before the TV series? Check out Chilling Adventures of Sabrina!

If the original Sabrina is more of your speed, we have the entire 1962-1971 series available in eComic format through Hoopla! You can also find The Chilling Adventures as well as other versions of the Sabrina comics, opens a new window through Hoopla.

Did you know there was an animated series of Sabrina? Melissa Joan Hart also plays Sabrina! You can stream the series through Hoopla with your library card.

If you haven’t caught Riverdale yet, this might be a good way to get a feel for what The Chilling Adventures will be like. Both seasons are available through the library!

Are you going to watch The Chilling Adventures of Sabrina on Netflix? Or do you prefer the “classic” Sabrina? Let us know in the comments!