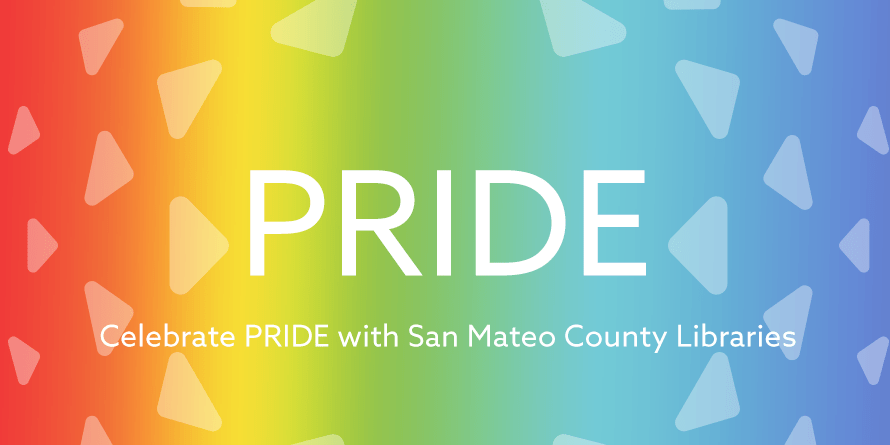 This year marks the 51st celebration of Pride Month and the 52nd anniversary of the Stonewall Riots, a flashpoint event held as a watershed moment for queer liberation in the United States. This month also marks the one-year anniversary of the Black Lives Matter protests that occurred across the nation and the 156-year observation of Juneteenth. Throughout June, we will celebrate Pride Month virtually and within our libraries through book displays, events, reading lists, and more.

In this time set aside to celebrate and acknowledge people’s authentic selves, we want to uplift the queer and trans women of Color including activists like Marsha P. Johnson and Sylvia Rivera, who have been on the front lines of the queer rights movement in the United States since the very beginning. While there is still much left to be done, this month reminds us all to take pride in that work and in the champions who came before.

You're invited to celebrate with us at San Mateo County Libraries as we continue to celebrate and uplift the LGBTQ+ community through our virtual events, book displays, and reading lists! 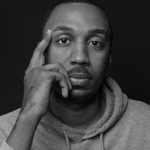 On June 9th, we were joined in celebrating Pride month by welcoming author George M. Johnson as they answered your questions and spoke about their experiences that led to and informed the writing of their hugely successful memoir All Boys Aren't Blue, now optioned by Gabrielle Union for a mini-series! A prolific and powerful voice, George M. Johnson is an award-winning journalist, consultant, and activist located in Brooklyn. Missed the event? You can still watch the recording, opens a new window on our YouTube channel, opens a new window.

Community Conversations: "__ and Queer" Exploring Intersectionality within the LGBTQIA+ community

You are invited to participate in a conversation with us.  We will be joined by the San Mateo Pride Center's director Francisco Sapp to help facilitate a dialogue about intersectionality within the queer community and what it means to be "queer and."

The San Mateo County Pride Center, Peninsula Family Service, and the San Mateo County Libraries proudly co-host the LGBTQ+ Book Club every first Wednesday of the month from 4:30-6:00 PM. Read books by and about members of the queer community. This book group is open to all adults.

Become a Pro at Pronouns!

Have you ever asked yourself "did I use the 'correct' pronoun for that person?" The San Mateo Country Pride Center, opens a new window, in collaboration with San Mateo County Libraries, is proud to offer this "Pronouns 101" workshop. This event will not be recorded.

Check out these titles for books on the history of Pride meant various ages.

Learn more about these two feminist champions for Queer rights. This list contains material that are intended for different age ranges, but there is something included for all reading levels.

In 1969 the police raided the Stonewall Inn, a gay bar in New York City's Greenwich Village, leading to three nights of rioting by the city's gay community. With this outpouring of courage and unity, the Gay Liberation Movement had begun.

After Stonewall chronicles the history of lesbian and gay life from the riots at Stonewall to the end of the century. Narrated by Melissa Etheridge, it captures the hard work, struggles, tragic defeats and exciting victories experienced during this time, and it explores how AIDS dramatically changed the direction of the movement.