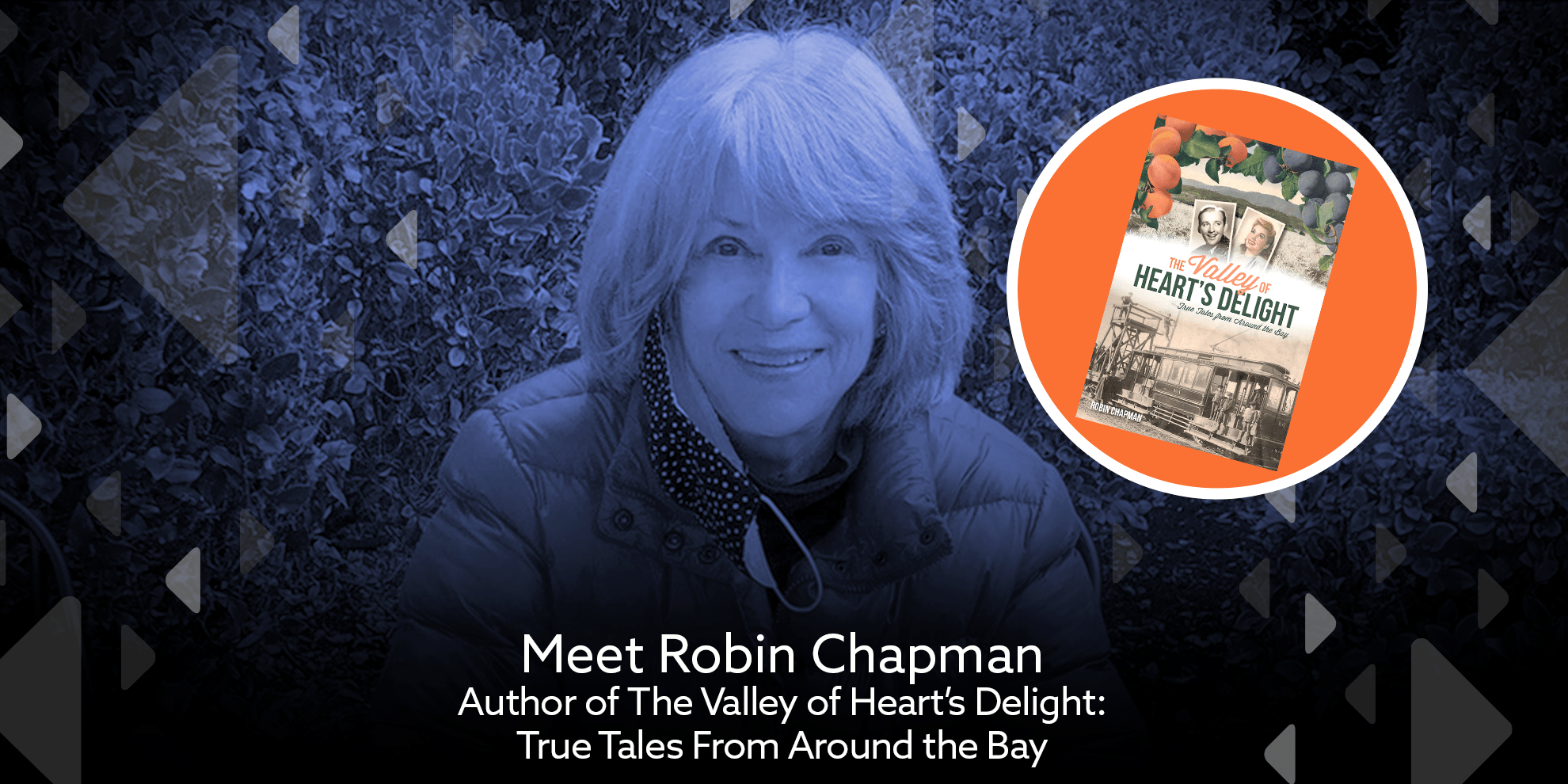 San Mateo County Libraries welcomes Bay Area author Robin Chapman on Thursday, September 29th at 6 PM at Half Moon Bay Library. Chapman will discuss her newest book, The Valley of Heart's Delight: True Tales From Around the Bay, before taking questions from the audience.

The Santa Clara Valley, with its rich soil and sunny weather, has been home to great diversity and great innovation long before it became known as Silicon Valley.

California's first immigrants from Mexico were astonished by its beauty. "The land is moist and the hills have an abundance of rosemary and herbs, sunflowers in bloom, vines as plentiful as a vineyard," wrote one. From the movie stars of Hollywood's golden era who once came to play to billionaires who grew apricots for pleasure, the valley has hosted orchards, electric railroads, Army camps and even a love-struck poet.

Robin Chapman is a journalist and historian who is a native of Los Altos, California. She worked at KRON-TV in San Francisco and several other stations in the West before heading to Washington D.C. where she covered the White House, Congress and the U.S. Supreme Court for the ABC-TV station there (but also lots of parades and fires). In 2009, she returned to her hometown to care for her parents, and in the years since has published California Apricots: The Lost Orchards of Silicon Valley, and Historic Bay Area Visionaries, both from The History Press. Her new book, The Valley of Heart’s Delight: True Tales from Around the Bay was published by The History Press, on July 25, 2022. Robin now lives on the California coast in El Granada, California.

"As a longtime historian & journalist, I used to contribute interesting items to the late Pulitzer Prize-winning San Francisco Chronicle columnist, Herb Caen. He would have been very happy with the exhaustive research done by Robin Chapman, a former well-known television journalist in San Francisco & Washington D.C., for her latest presentation. In her sixth book, Chapman keeps her literary fans delighted by continuing to dust off fascinating facts, not known by most of the public." - Craig MacDonald, Historian, Journalist, Author