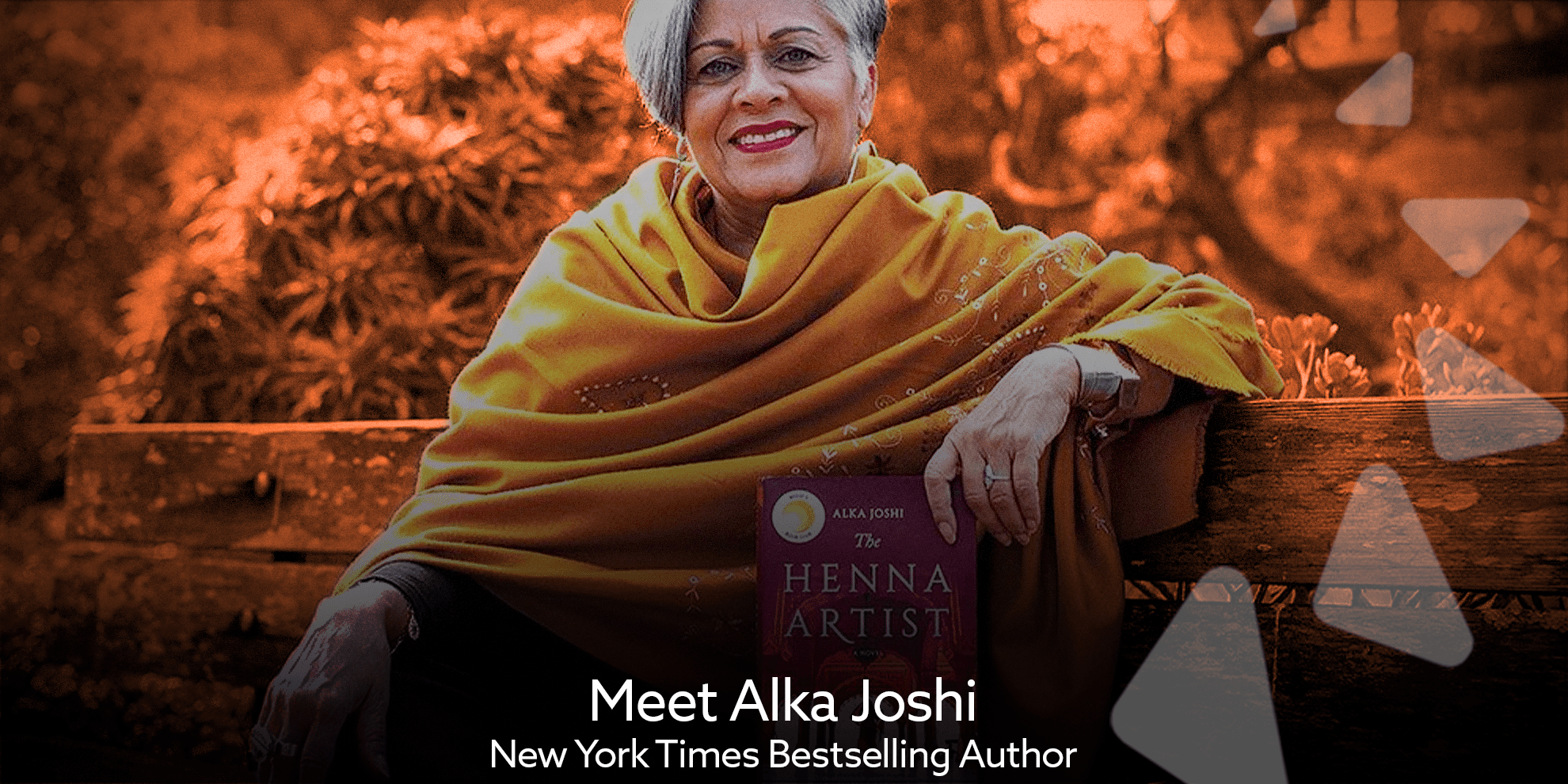 San Mateo County Libraries welcomes Alka Joshi on Tuesday, March 8 at 7:00 PM. She will discuss her writing and her bestselling books The Henna Artist and The Secret Keeper of Jaipur before taking questions from the audience.

Register here to receive your Zoom invitation and information on how to obtain a giveaway copy of The Henna Artist!  Purchase signed bookplate copies of Alka Joshi's books through the Foundation for San Mateo County Libraries.

Transporting readers back to 1950s India, eight years after its independence from the British Raj, The Henna Artist follows Lakshmi Shastri, a skilled 30-year-old henna artist and herbalist. Lakshmi works for Jaipur's elite while hiding the marriage and abusive husband she deserted in a small village 13 years ago. When her husband appears with a previously-unknown sister, her carefully laid plans are put to the test.

Set in 1969 India, The Secret Keeper of Jaipur, reveals corruption and black market dealings as Lakshmi sends her protégé Malik to intern at the Jaipur palace, taking his new love Nimmi under her wing. When the Royal Jewel Cinema in Jaipur collapses, fingers point at those Malik cares about and he sets out to uncover the truth.

At age 62, Alka Joshi published her debut novel, The Henna Artist, which immediately became a New York Times bestseller, a Reese Witherspoon Bookclub pick, was longlisted for the Center for Fiction First Novel Prize and is being developed into an episodic series by Miramax TV. The Secret Keeper of Jaipur was published in June 2021 and the final book in the trilogy is expected in 2023. Alka Joshi was born in Jodhpur, Rajasthan, India and has lived in the U.S. since the age of nine. She has a BA from Stanford University and an MFA from California College of Arts.

Alka Joshi returns with a triumphant follow-up to her New York Times bestselling debut... [Her] magnificent writing gives voice to the too-often silenced while telling an engaging and powerful story. — Pam Jenoff (The Lost Girls of Paris)

In this timeless tale of loyalty, ambition, and love, Joshi explores what it means to create and build--from architectural marvels to chosen families--in a way that not only endures but inspires. — Nancy Jooyoun Kim (The Last Story of Mina Lee)

With its beautifully complex cast of characters, The Secret Keeper of Jaipur plunges readers back into the sumptuous world of The Henna Artist, where power, money, and secrets abound — and where carefully cultivated reputations balance on the knife edge of influence. — Bryn Turnbull (The Woman Before Wallis)