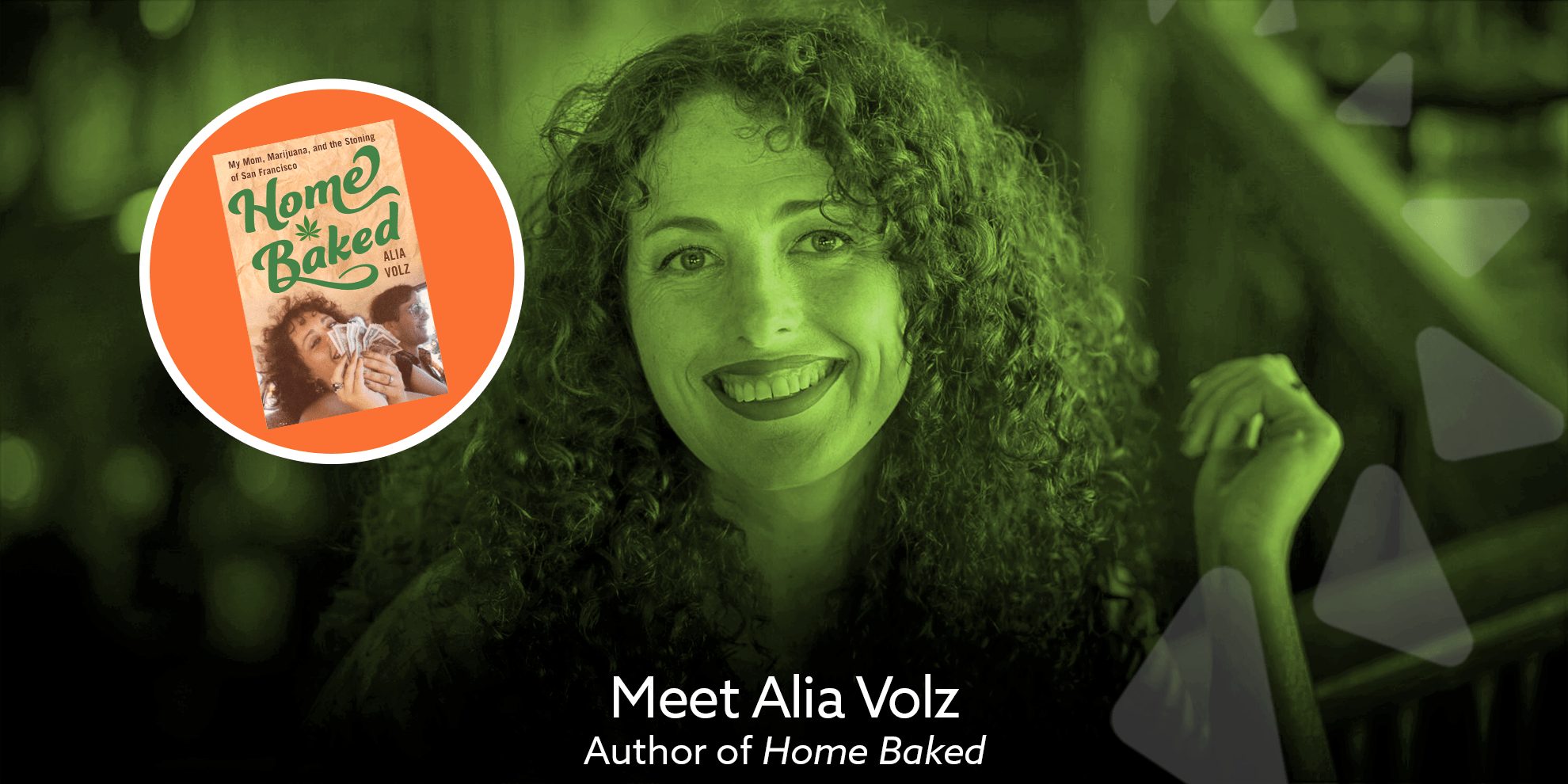 San Mateo County Libraries is excited to welcome San Francisco-based author Alia Volz on Tuesday, February 15 at 6:30 PM! She will discuss her autobiography, Home Baked, winner of the Golden Poppy Award for Nonfiction and finalist for the National Book Critics Circle Award in Autobiography. Join us as she discusses her writing, reads from her book and takes questions from the audience.

Register now to receive your Zoom invitation and information on how to obtain a giveaway copy of Home Baked!

In the 1970s, when cannabis was as illicit as heroin, Volz’s mother ran Sticky Fingers Brownies, a pioneering underground bakery that delivered 10,000 marijuana edibles per month to San Francisco. Dressed in elaborate costumes, Alia’s parents hid in plain sight, parading through the city’s circus-like atmosphere with the goods tucked into her stroller. When HIV/AIDS swept the city in the 1980s, Alia’s mom turned from a dealer into a healer, providing soothing edibles to those fighting for their lives at the dawn of medical marijuana.

Alia Volz's work has been published in The Best American Essays, The New York Times, Bon Appetit, Salon and The Best Women’s Travel Writing. Her unusual family story has been featured on Snap Judgement, Criminal and NPR’s Fresh Air.

"The author’s firsthand depiction of AIDS and its devastating initial impact on San Francisco’s residents rings with epic tragedy. Thankfully, there are plenty of triumphs in the Sticky Fingers saga as well, and Volz herself embodies just one of them. A sometimes-sad yet stirring love letter to San Francisco filled with profundity and pride." — Kirkus Reviews

"Home Baked is a deeply touching, funny, wise, and magical book. By telling her eye-popping family story and transporting her readers back to the kaleidoscope days of Northern California in the last quarter of the 20th Century, Alia Volz gives us not only an indelible memoir but also an intimate social history of the mom and pop marijuana business and how it revolutionized the world. With Home Baked, Volz joins the colorful parade of writers who have brought 'San Francisco Values' fully to life, including Hunter S. Thompson, Armistead Maupin, Warren Hinckle, Diane di Prima, Richard Brautigan, Maxine Hong Kingston, Dave Eggers and Michelle Tea." — David Talbot, bestselling author of Season of the Witch and The Devil's Chessboard

"A raunchy and rollicking account of a vanished era told by someone who paid very close attention to her larger-than-life parents. I gobbled it up like an edible." — Armistead Maupin

"All of it — the era, the place, and her own parents — is rendered clear, bright, and beautiful." — Paris Review, staff pick

"An intensely personal [and] rigorously reported account of a kaleidoscopic time in San Francisco history, an era of exuberant highs and pitch-black lows." — San Francisco Chronicle