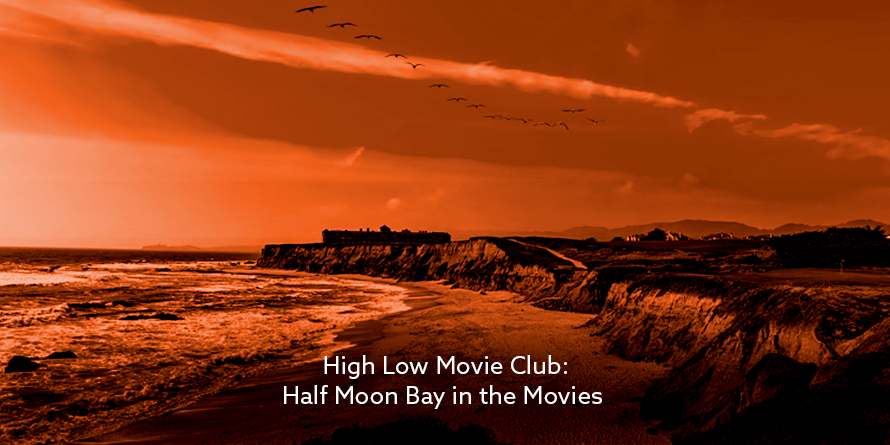 Half Moon Bay has long captured the attention of artists, writers, and filmmakers. Off the top of your head, how many feature films can you name that filmed at least some scenes in or near Half Moon Bay? No one could fault you for guessing that a bunch of surfing films, including Chasing Mavericks, Riding Giants, and Step Into Liquid include footage filmed in Half Moon Bay considering our monumental surf conditions.

And it’s likely one of the most famous classic films, Harold and Maude, comes readily to mind as well, considering it feels almost like an ode to San Mateo County. In case you haven’t explored it already, Reel SF, devoted to highlighting Bay Area movie locations for classic films, offers amazing past and present comparisons of many local locations found in Harold and Maude, opens a new window.

Considering our local weather patterns, it should come as no surprise that a movie titled House of Sand and Fog, starring Jennifer Connelly and Ben Kingsley and based on the book by Andre Dubus, includes Pacifica and Half Moon Bay as filming locations. But do you recognize this beach in Bicentennial Man, starring Robin Williams? What about Highway 92 and 35 in Bandits, starring Bruce Willis, Billy Bob Thornton, and Cate Blanchett?

You’d be forgiven for not knowing that the capsule splashdown in The Right Stuff was also filmed off the Half Moon Bay coast or that the exterior wedding scenes in American Wedding were filmed at the Ritz-Carlton in Half Moon Bay. They even “faked” Tahiti in the movie Metro, starring Eddie Murphy, by filming scenes in Half Moon Bay that were meant to take place on that island.

Half Moon Bay's Most (In)Famous Film

Would it surprise you to know that one of the most famous movies to come out of Half Moon Bay cost less than $10,000 to produce and that the director considers Half Moon Bay “the main character” of the film? Conceived, written, directed, and financed by Silicon Valley software salesman James Nguyen, this guerrilla film has received worldwide attention as one of the best worst films ever made.

Nguyen said he was inspired by Alfred Hitchcock’s The Birds and Al Gore’s An Inconvenient Truth, to create his third feature film and biggest success, Birdemic: Shock and Terror. Filming took place mostly on weekends over the course of seven months, and due to the low budget, many actors served in multiple roles behind the camera, sometimes taking on fake names in the credits to make the crew seem larger. The film quickly became a fan favorite when Rifftrax featured and live screened it, opens a new window with their own humorous commentary.

Watch Birdemic and Other Films With High Low Movie Club 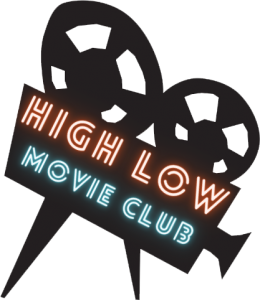 We can’t wait to experience your audience commentary on this film at the first High Low Movie Club screening Thursday, Feb. 11 at 8 PM. High Low Movie Club, opens a new window is an entirely new take on community-creating movie screenings. We bring together movie lovers whose passions are ignited by watching both the most and least artfully crafted films. As opposed to our lowbrow experiences, fueled by audience-driven commentary, we enlist presenters with passions for particular films to guide us through what makes those movies special.

For our second movie screening, we’re very excited to host Neyat Yohannes, a freelance writer whose work has appeared in Criterion, Mubi Notebook, Bright Wall/Dark Room, KQED Arts, Cleo Film Journal, and Chicago Review of Books, among others, to share The Watermelon Woman, opens a new window, the first feature film directed by a Black lesbian, on Thursday, Feb. 25 at 8 PM.

Sign up now, opens a new window to get notifications about future High Low Movie Club showings. You can select to hear only about our highbrow selections, lowbrow selections, or both. Looking forward to seeing you, and some of our favorite Bay Area film locations, at the movies!