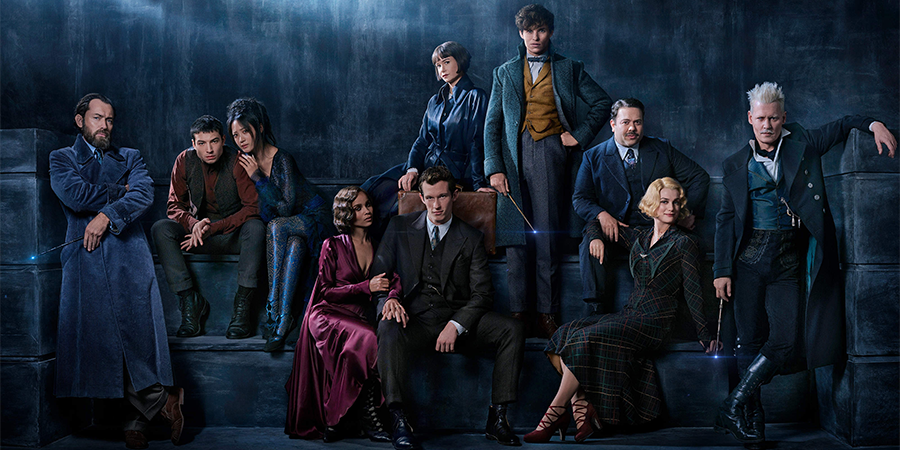 I Was Afraid of This

I knew my wallet was in trouble the moment they announced that the Wizarding World of Harry Potter would be making its way to Universal Studios Hollywood, opens a new window. I was instantly hooked when I picked up Chamber of Secrets during Ms. Sullivan’s reading time back in 5th grade (Sorcerer’s Stone was being used by another classmate and I needed to see what all the fuss was about.)

I was a little skeptical back when Fantastic Beasts and Where to Find Them was first announced. How do you make a movie about a fictional book within another book?* It's weird! My skepticism faded as more and more details came out about the project. Excitement settled in and in my opinion, Fantastic Beasts and Where to Find Them turned out to be rather fun! Yes, the critics tore it apart (as critics tend to do), but sometimes it’s best to tune that all out and enjoy the ride. After all, this would be the last Harry Potter related film for a while, or so I thought.

Then they go and announce that it will be a series of FIVE movies, opens a new window! Let me tell you, I am torn. On the one hand, spending more time exploring the wizarding world is A-OK with me, but on the other, I don’t want to overstay my welcome and end up with something overly stretched out and subpar like The Hobbit.

*Yes, there is a small collection with a very short version of Fantastic Beasts and The History of Quidditch but COME ON! You’d be hard pressed to find someone that considers those meaningful reading, let alone enough to make a series of movies.

Everything That Is Old, Is New Again (Sort Of)

In a world of reboots and remakes, I feel this new series is the best way to explore the HP universe without encroaching on the books and films of the past and without fear of changing Harry’s story. We already got to see some of Newt Scamander’s backstory in the first film and now in Fantastic Beasts: The Crimes of Grindelwald, we will hopefully get a more in depth look at one of the most harrowing characters in the wizarding world mythos.

In that same vein, there was also leaked footage of a Harry Potter role playing game, opens a new window and it looks like you’ll be able to go on your own adventures within the universe.

I’m hyping myself up just typing all this out! I guess it is a good time to be a fan of the franchise.

Harry Potter and the Prisoner of Azkaban

Harry Potter and the Deathly Hallows

Harry Potter and the Cursed Child

Harry Potter and the Prisoner of Azkaban

Fantastic Beasts and Where to Find Them

How hyped are you for these new movie entries into the Potterverse? What’s your favorite Harry Potter Book/Movie/Game...etc.? Let us know below!