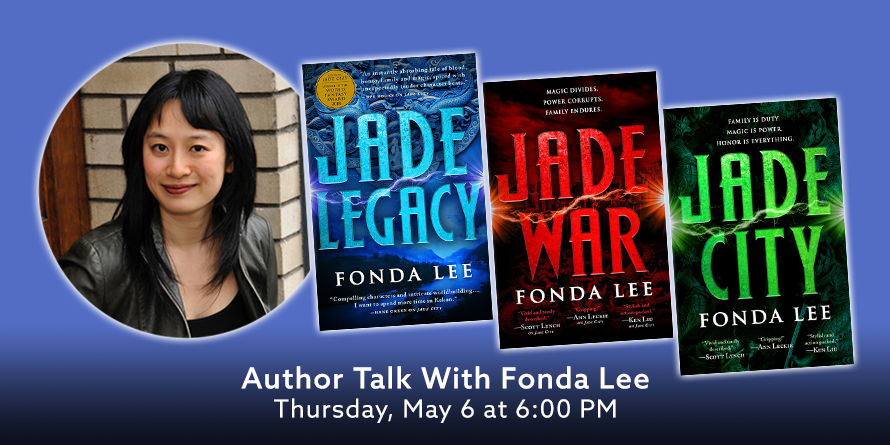 In this epic story, the Kaul family is a tight-knit crime syndicate that controls the island of Kekon, the only location in the world producing jade. Once granted only to Green Bone clan warriors, jade gives the wearer superhuman abilities if they have the proper heritage and training. Kekon, now a bustling post-war metropolis, is no longer a home to warriors; instead, Green Bone clans protect their neighborhoods, construction, and commercial projects. When a bloody clan war breaks out between the Kauls and their greatest rivals, Kekon's fate will be determined by the victor. Jade War continues the Kaul's story as global and international politics invade the island nation. The finale Jade Legacy will drop in September!

Praise for the Green Bone Saga

Jade City won the World Fantasy and Aurora Awards and was a finalist for the Nebula, Locus, Audie, and Sunburst Awards. Jade War also secured a finalist spot for the Aurora and Locus Awards.

"Stylish and action-packed, full of ambitious families and guilt-ridden loves, Jade City is an epic drama reminiscent of the best classic Hong Kong gangster films but set in a fantasy metropolis so gritty and well-imagined that you’ll forget you’re reading a book." ― Ken Liu, The Grace of Kings.

"A fast-hitting, tantalizing, sometimes unsettling, and always insightful book with a wealth of power at its core. A modern-day epic". ― Fran Wilde, Riverland.

"Fast cars, brilliant characters, and gangster kung-fu! Lee’s written the postcolonial Godfather hiding under the surface of the Avatar: the Last Airbender universe ― and it’s a fantastic read." ― Max Gladstone, This is How You Lose the Time War.