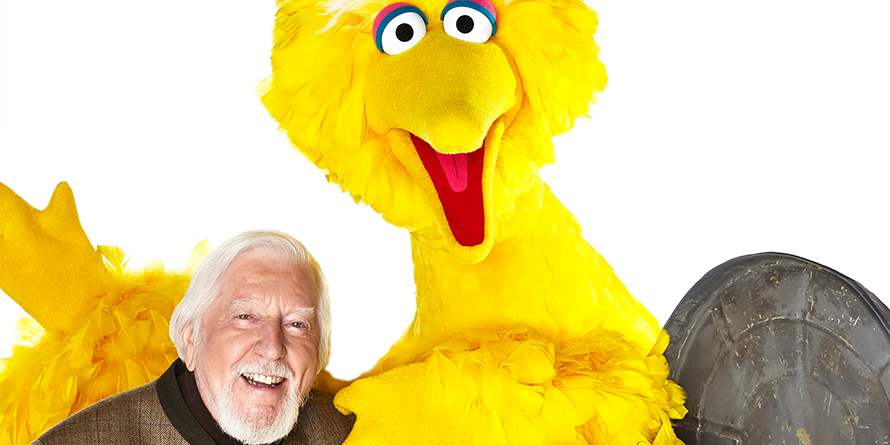 I first heard of Caroll Spinney while reading Street Gang: The Complete History of Sesame Street. It's a fascinating tell-all that describes the beginnings of Sesame Street and its evolution.

Spinney, who recently passed away at age 85, opens a new window, was the puppeteer behind Big Bird and Oscar the Grouch, and naturally, an integral part of the Sesame Street story. His love of puppets began at an early age, his mother being a fashion designer who created 70 puppets for him by the time he was 12. After a stint in the Air Force, he returned home and began his career as a puppeteer for television, eventually meeting Jim Henson and landing the role of a lifetime on Sesame Street.

In addition to his work on Sesame Street, Spinney was an active painter; many of his nice paintings can be seen on his website, opens a new window.

In 2015, the documentary I Am Big Bird: The Life and Career of Puppet Performer Caroll Spinney, opens a new window was released. It's accessible on our film streaming service, Kanopy.

Spinney also wrote a book, The Wisdom of Big Bird (and the Dark Genius of Oscar the Grouch). It features "useful wisdom Spinney has gleaned from a career in feathers."

Do you have any favorite Sesame Street memories? Let us know in the comments below.