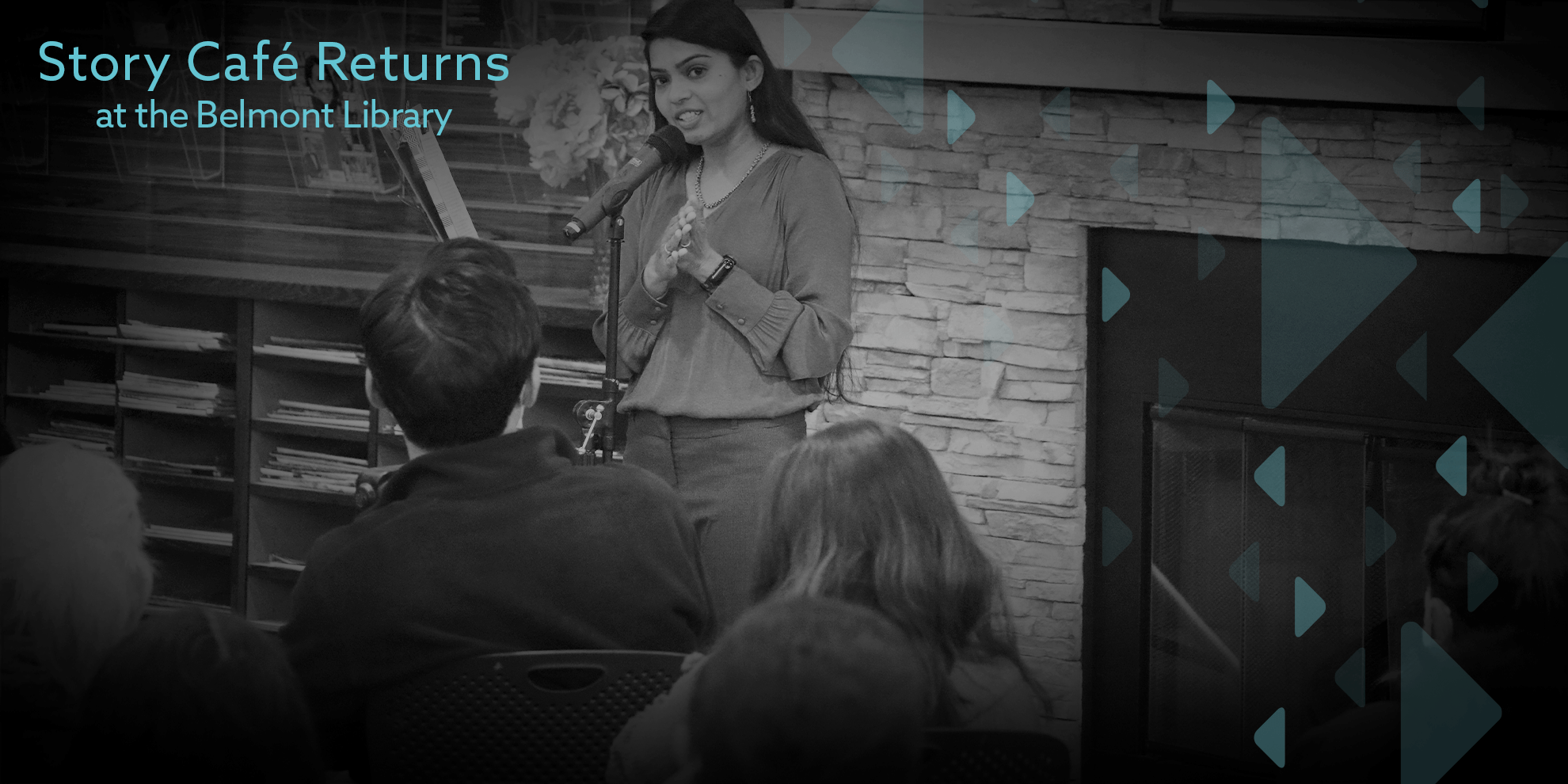 Story Café is coming to you in person from the Belmont Library!

Join us on Sunday, July 31 at 3:00 PM for a celebration of story and community as nationally recognized, award-winning local authors and poets read from their pieces. Inspired by National Public Radio's Selected Shorts, opens a new window program, San Mateo County Libraries teamed up with the California Writers Club, opens a new window (San Francisco Peninsula Branch) early in the pandemic to bring you the virtual Story Café, a storytelling series where talented Bay Area writers read from their best work. Now, we’re excited to be returning in person!

The California Writers Club is one of the oldest writing clubs in the nation, founded in 1909. Early honorary members included Jack London, George Sterling, John Muir, Joaquin Miller and the first California poet laureate, Ina Coolbrith. Members are writers of all types who come together for the common goals of developing craft, supporting the writing community and discussing the realities of publishing. They are writers helping writers, through workshops, via lectures and by building a network with fellow writers.

We’ll look forward to seeing you at the Belmont Library for this summer’s event. All are invited!

Story Café archives, opens a new window are also available for your viewing pleasure. If you're a fan of National Public Radio's Selected Shorts, you'll love this locally inspired version!