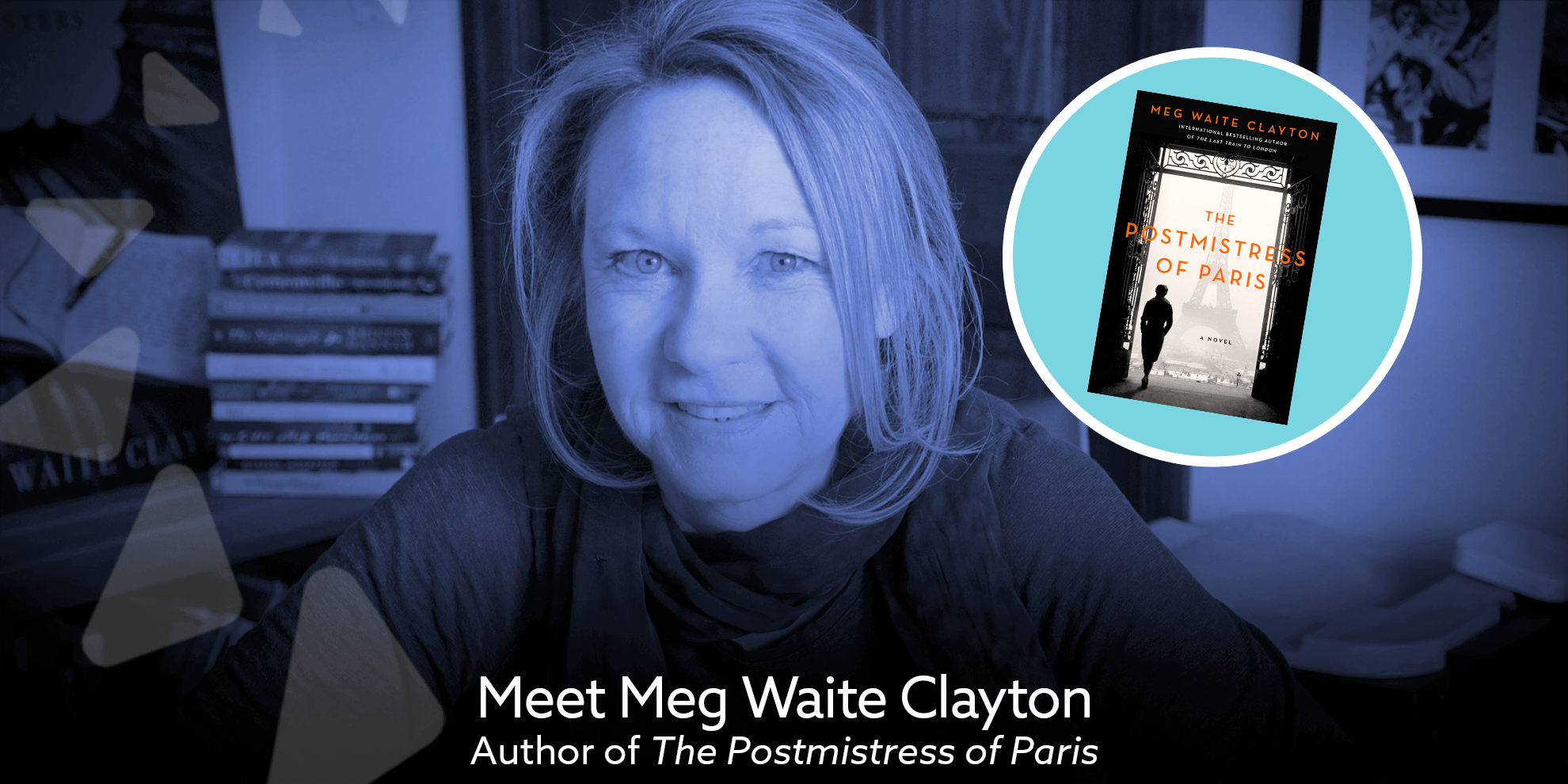 San Mateo County Libraries welcomes Meg Waite Clayton on Tuesday, January 11 at 6:30 PM. Meg will be in conversation with fellow author Michelle Richmond to discuss her writing and her newest book, The Postmistress of Paris, before taking questions from the audience.

Register to receive your Zoom invitation and information on how to obtain a giveaway copy of The Postmistress of Paris!

Revisiting the early dark days of the German occupation of France, The Postmistress of Paris follows Naneé as she joins the resistance, using her charm and skill to house artists hunted by the Nazis and deliver them to safety from war-torn Europe. Photographer Edouard Moss has escaped Germany with his young daughter only to be interned in a French labor camp. His life collides with Naneé’s in a sweeping tale of romance and danger set in a world aflame with personal and political passion.

Inspired by the real-life story of Chicago heiress Mary Jayne Gold, opens a new window who worked with American journalist Varian Fry to smuggle artists and intellectuals out of France, The Postmistress of Paris is the haunting story of an indomitable woman whose strength, bravery, and love are a beacon of hope in a time of terror.

Meg Waite Clayton is the New York Times bestselling author of eight novels, including The Postmistress of Paris, The Last Train to London, The Race for Paris, The Language of Light, and The Wednesday Sisters. She has written more than 100 shorter pieces for the Los Angeles Times, The New York Times, The Washington Post, and public radio, often on the particular challenges women face. She mentors for the OpEd Project and is a member of the National Book Critics Circle and the California Bar.

A sweeping tale of perseverance and courage set against the backdrop of Nazi-era Europe, The Postmistress of Paris is the very best kind of historical fiction: a complex and intriguing story that both highlights a little-known moment in the past and resonates powerfully in the present, reminding us that bigotry can only be vanquished when people are willing to take a stand. — Christina Baker Kline (The Exiles, Orphan Train)

Widely esteemed for her previous World War II novels, Meg Waite Clayton triumphantly returns with The Postmistress of Paris, a story of one woman’s heroic quest to help the forgotten in Occupied France. Clayton’s immaculately researched and beautifully written tale of passage and courage and heart is her best work yet. — Pam Jenoff (The Woman With The Blue Star)

The work of an unsung heroine rises from the pages of The Postmistress of Paris. Meg Waite Clayton draws a vivid contrast between the beauty of art and the brutality of war, the power of humanity and the human cost of cruelty, greed, and prejudice. With a heart-stopping flight across war-torn Europe, this is a story readers of historical fiction and strong female characters will devour. — Lisa Wingate (Before We Were Yours)