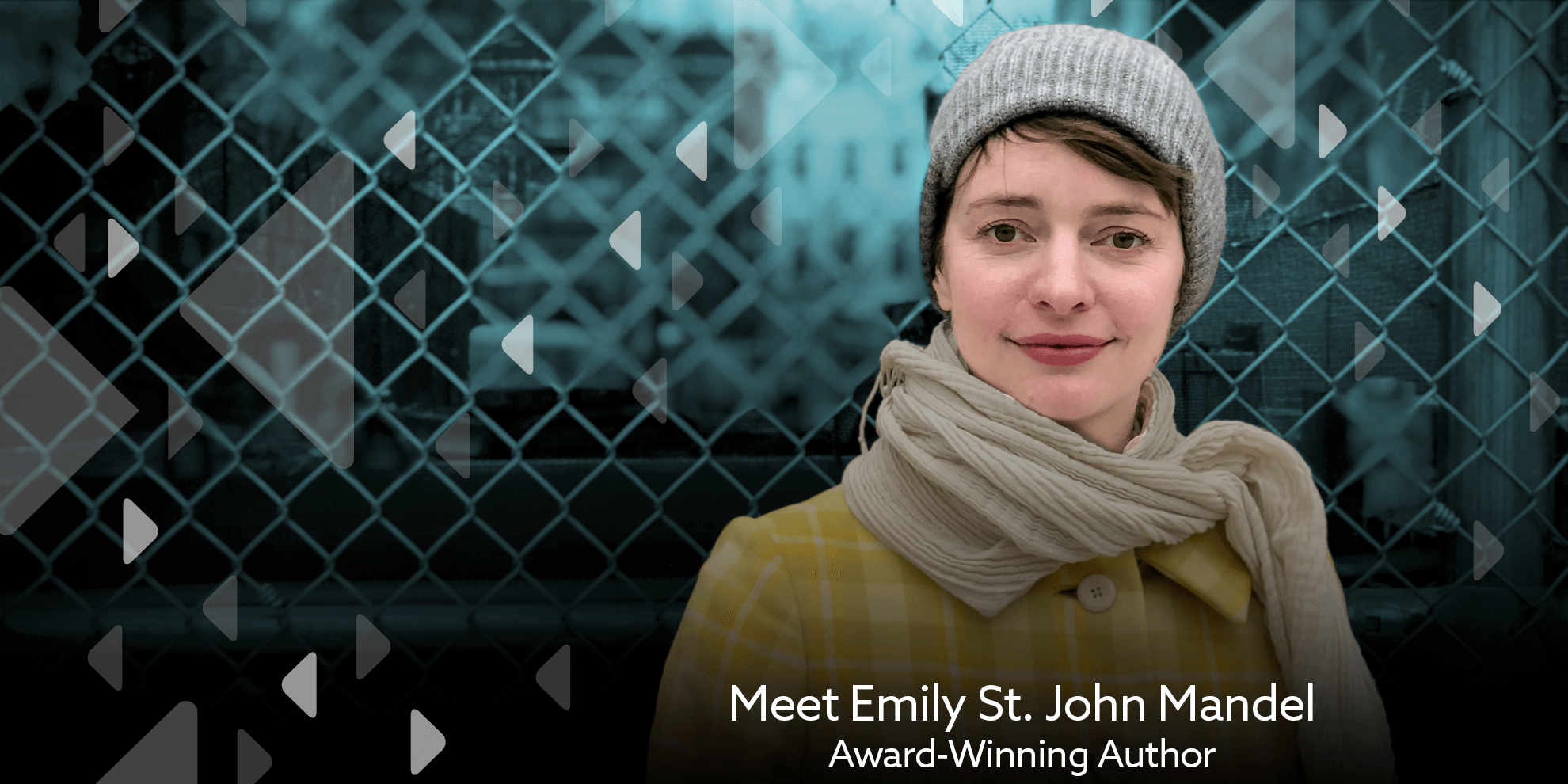 San Mateo County Libraries welcomes Emily St. John Mandel on Wednesday, April 27 at 6:00 PM. She will discuss her newest book Sea of Tranquility with fellow author Annalee Newitz (The Future of Another Timeline) before taking questions from the audience. This author talk is offered in partnership with San Francisco Public Library, opens a new window.

After registering you will receive your Zoom invitation and information on how to obtain a giveaway copy of Sea of Tranquility!

Emily St. John Mandel's newest novel takes readers from Vancouver Island in 1912 to a dark colony on the moon 500 years later. It tells a story of art, love, plague and humanity across time and space, precisely capturing the reality of our current moment. Sea of Tranquility follows the interwoven stories of characters across centuries, playing with the idea of parallel worlds.

We find Edwin St. Andrew as he enters the Canadian wilderness in the early 1900s, spellbound by its beauty following his exile from polite society. When he suddenly hears the notes of a violin echoing in an airship terminal, it shocks him to his core.

Two centuries later, Olive Llewellyn is leaving the second moon colony on an Earth-based book tour for her bestselling pandemic novel, within which lies a strange passage: a man plays his violin for change in the echoing corridor of an airship terminal set in a forest.

When detective Gaspery-Jacques Roberts is hired to investigate an anomaly in the North American wilderness, he uncovers a series of lives upended, including those of Edwin St. Andrew and Olive Llewellyn. He also encounters a childhood friend who, like Gaspery himself, has glimpsed the chance to do something extraordinary that will disrupt the timeline of the universe.

Emily St. John Mandel is the author of five novels, with her next book, Sea of Tranquility, releasing in April 2022. It has been named a most anticipated book by Time, The San Francisco Chronicle, Fortune, Parade, The Seattle Times, Oprah Daily and Boston.com.

Her novel Station Eleven was a finalist for a National Book Award and the PEN/Faulkner Award, won the 2015 Arthur C. Clarke Award, the Toronto Book Award and the Morning News Tournament of Books. It has been translated into 27 languages and is the basis for the HBO Max series of the same name. The Glass Hotel was named one of the best books of 2021 by The New Yorker, NPR, Time, The Washington Post, The BBC, New York Post and The New York Public Library. She is a staff writer for The Millions. She lives in New York City with her husband and daughter.

Mandel’s gift is to weave realism out of extremity. She plants her flag where the ordinary and the astonishing meet… She is our bard of waking up in the wrong timeline. — The New Yorker