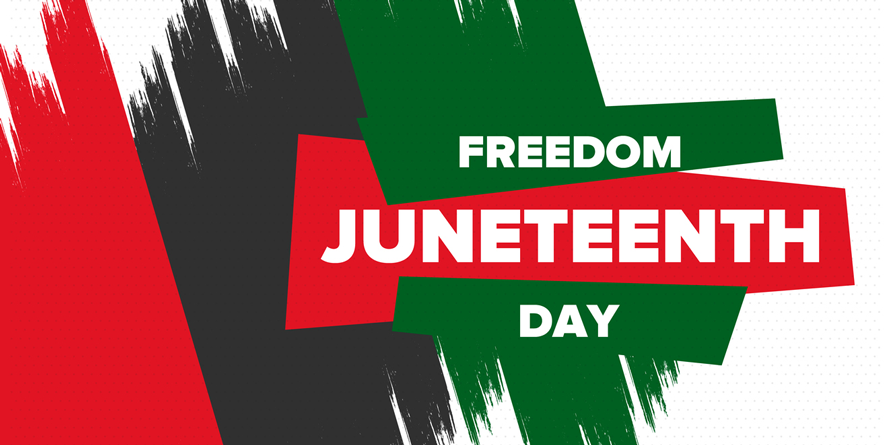 A Brief History of Juneteenth

Juneteenth, opens a new window celebrates June 19th, 1865, the day that news of freedom reached the last population of enslaved black people in Texas. The news arrived more than two years after the Emancipation Proclamation in 1863, when Major General Gordon Granger and Union soldiers arrived at Galveston, Texas to announce that the war had ended.

“The people of Texas are informed that, in accordance with a proclamation from the Executive of the United States, all slaves are free. This involves an absolute equality of personal rights and rights of property between former masters and slaves, and the connection heretofore existing between them becomes that between employer and hired labor.” —General Orders, Number 3, opens a new window; Headquarters District of Texas, Galveston, June 19, 1865.

Historians and professionals in African American Studies have found several accounts explaining the long-delayed news of the Emancipation Proclamation, such as murdered messengers aiming to deliver news of freedom and enslavers who purposefully withheld the news of emancipation from slavery to keep the people they enslaved working. Even after the announcement of the Generals Orders, freedom was still hard-won for the enslaved people of Texas, opens a new window, a population of more than 250,000. As stated by African American Studies Professor Anthony Greene, opens a new window, “It is noted that June 19th is not the exact day blacks were freed, rather it’s the day they were told they were free.”

The story of how Juneteenth came to be demonstrates its importance to American History. It commemorates the hard-fought struggle for freedom and celebrates black culture. Juneteenth is honored throughout the United States with parades, religious services, music, and food—and this year, with online events, opens a new window.

A Day to Celebrate and Explore

Although our celebrations may look different this year, you can kick yours off by listening to Juneteenth Revolution by Colette, an Indie artist, opens a new window from South Carolina and Harlem.

Interested in reading more? Here are a few Juneteenth stories to get you started:

Juneteenth for Kids and Families