Thank you for your support and patience as we continue to evaluate and adjust our operations due to COVID-19. Currently, all of our library buildings are open for Curbside Services (Walk-up & Appointment). You can also reach out to us via our new methods to get in touch with us. 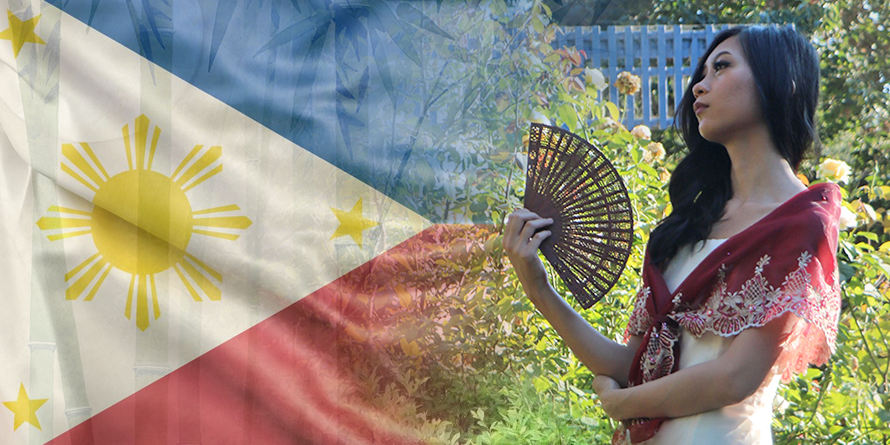 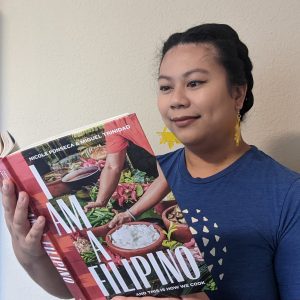 As someone who had the honor to study history under the renowned Filipina-American Historian, Dr. Dawn Bohulano Mabalon, opens a new window, I find myself rediscovering a community and history with new eyes. In the past few years, I’ve seen more published books written by Filipinx authors. Like many others with diverse backgrounds and cultures, I grew up not seeing myself in stories. This makes it especially exciting for me when I discover new books for all ages featuring Filipinx as the main characters. I feel a deep sense of community when I read the similar feelings and experiences I had growing up in the pages of those books or discovering a new way to cook a favorite Filipino dish. It gave me so much hope to see some of these authors reach popularity and awards, like Erin Entrada Kelly winning the Newberry Medal, opens a new window for Hello, Universe.

This year for Filipinx American History Month, I'm celebrating by reading new books written by Filipinx authors, and re-reading Dr. Mabalon's book Little Manila Is in the Heart, which follows the history of the Little Manila neighborhood in downtown Stockton and it's large Filipinx community.

For students in 4th-7th grades. After fourteen-year-old Aru Shah and her friends fail to keep a prophecy from the Sleeper, they undergo a rebranding campaign to prove the Pandavas's trustworthiness, but Aru believes they need to focus on finding the Tree of Wishes before the Sleeper and stopping the war between the devas and the demons.

For students in 3rd-7th grades. Moving to the Philippines with his zoologist mother, twelve-year-old Pablo struggles with anxiety while his mother fosters an orphaned child with a facial anomaly.

For students in 3rd-7th grades. Cash, Fitch and Bird Thomas are three siblings in seventh grade together in Park, Delaware. In 1986, as the country waits expectantly for the launch of the Space Shuttle Challenger, they each struggle with their own personal anxieties.

For students in 3rd-7th grades. A warm, tender story about a creative girl who hopes that by winning a filmmaking contest, she'll convince her great-grandfather not to move back home to the Philippines. For fans of Erin Entrada Kelly and Kelly Yang.

For students in 3rd-6th grades. J. Torres and Elbert Or celebrate 10 years of Lola: A Ghost Story, the critically-acclaimed graphic novel that explores family, grief and Filipino folklore in an all-new edition that includes a revised ending and updated illustrations.

A star showgirl endeavors to win a high-risk magician’s competition in order to secure her freedom, an effort that is complicated by an enigmatic circus keeper and a brooding judge with a dark past.

Returning to the dark and glamorous 19th-century world of her New York Times instant bestseller, The Gilded Wolves, Roshani Chokshi dazzles us with another riveting tale as full of mystery and danger as ever in The Silvered Serpents.

When a hidden prince, a girl with secrets, a ragtag group of unlikely heroes, and a legendary firebird come together...something wicked is going down. From the highly acclaimed author of The Bone Witch trilogy comes this enchanting new YA fairytale.

From "a powerful new voice in fantasy" (Kameron Hurley) comes the tale of a queen who must unite her divided land, even if she's hated by the very people she's trying to protect.

Filipino recipes from the creator of the legendary Eggslut in LA, host of the hit online series The Burger Show, and the most prominent Filipino chef in the US.

A mysterious child lands in the care of a solitary woman, changing both of their lives forever.

From the critically acclaimed author of Natalie Tan’s Book of Luck and Fortune comes a new delightful novel about exploring all the magical possibilities of life in the most extraordinary city of all: Paris.

A debut collection of tender, biting essays on sex, dating and identity from a gay Filipino immigrant learning to navigate race and resistance in America.

A heartrending immigrant memoir and a uniquely intersectional coming-of-age story of a life lived in duality and the in-between, and how one navigates through race, gender and the search for love.

An undocumented Filipino teenager redefines his relationship with his mother, his culture, and the place he calls home.

How will you celebrate Filipinx American History Month? Let us know in the comments below.