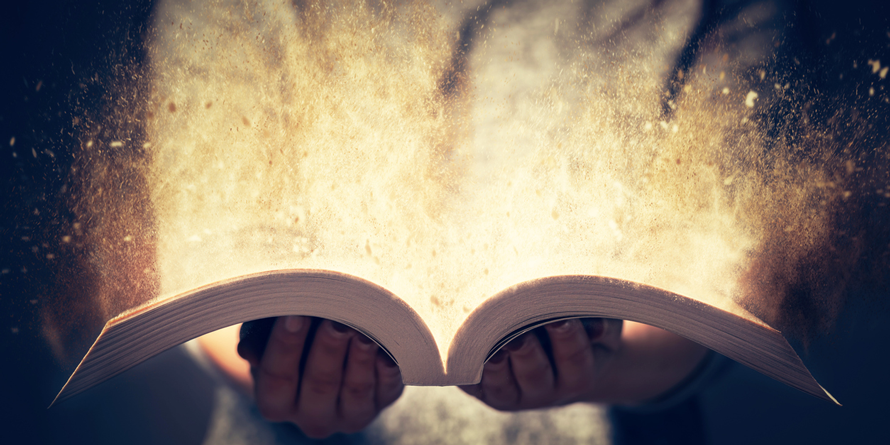 I don’t know about you, but I love reading fantasy. Epic, steampunk, satirical, paranormal, urban, you name it!  And while I used to enjoy grimdark fantasy (ala A Song of Ice and Fire), right now it really isn’t what I’m looking for. I like my fantasy books to transport me to a new land with intricate world-building, breathtaking magic systems, and intriguing characters. A gripping plot helps as well, but sometimes I’m perfectly happy with characters causing drama and exchanging witty banter. Here are a few great fantasy reads I’ve enjoyed; hopefully they’ll sweep you away as well!

Mistborn: The Final Empire is an amazing start to the entertaining Mistborn series, starring an invincible Lord Ruler that reigns with an iron fist and a motley crew of talented allomancers plotting a high-stakes magic heist. Their target? The Lord Ruler himself. Every single one of Sanderson’s magic systems is amazingly detailed and original, with allomancers consuming and burning metal to achieve superhuman feats and abilities. Cinematic action, fun characters, and a roller-coaster plot will keep you on your toes! And if you finish the first three books, the Mistborn series morphs into an equally entertaining steampunk western!

The Genie Lo series combines Chinese mythology, such as Sun Wukong and Guanyin, with the Bay Area Chinese-American experience! Picture Genie Lo, a Chinese-American high-schooler juggling parental expectations, a heavy course-load, and battling demons from hell. The Kyoshi novels expand the world of Avatar: The Last Airbender as you follow Kyoshi’s origins and the political ramifications of being the Avatar. While long-term fans might spot an easter egg or two, new readers can still delve into a richly imagined world and magic system. These are both teen series!

Imagine a world where wearing jade wasn’t just for luck, but it could give you superhuman abilities! Fonda Lee’s intricate Asian-inspired fantasy world is chock full of magic, mafia and government politics, backstabbing, family ties, culture clashes, and a gritty amount of realism. If you devour Jade City and Jade War and then you’ll be eagerly waiting like me for the finale, Jade Legacy, which is set to release in 2021.

Steampunk silliness, paranormal shenanigans, and steamy romance. The Parasol Protectorate is an interesting twist on the paranormal, envisioning a Victorian age where paranormal creatures have left the shadows and are incorporated into both government and society, living and working alongside humans. While it might seem a bit too silly at the start, Gail Carriger’s humor and lightness might just be your cup of tea right now.

(The Black Tides of Heaven, Red Threads of Fortune, Descent of Monsters, Ascent to Godhood)

I actually started with the second novella, and I still loved it. The Tensorate is a silkpunk fantasy series set in an Asian-inspired world where elemental mages and the governing Protectorate clash against machinist rebels. Each novella is completely different, with the third being epistolary in form, but all mesh together to create an amazing, intricate world. And, as a bonus, it’s a fantasy series where characters speak Singlish!

Realm of the Elderlings by Robin Hobb

I know there are a lot of trilogies listed there, but it’s worth it! Start with the Assassin's Apprentice in the Farseer Trilogy, where you meet Fitz-Chivalry Farseer, a boy thrown into a court rife with intrigue and murderous relations while raiders ravage the kingdom’s shorelines. Add an epic coming-of-age tale, dragons, a mysterious jester, and a dichotomy of magic between the Skill (a coveted, royal-lineage psychic ability) and the reviled Wit (enabling users to communicate and bond with beasts), and you get a series I’ve comfort-read innumerable times. Each subsequent trilogy expands and explores Robin Hobb’s world and sneaks in little cameos from previous books.

And don't forget to join us for our Young Adult Fantasy Book, Please! session on Wednesday, January 13 at 5:00 pm! Register here to participate, opens a new window. We'll be sharing loads of teen fantasy books and would love to hear your favorites as well.

If you can't make it to the book club, share your favorite fantasy novels with us in the comments below!