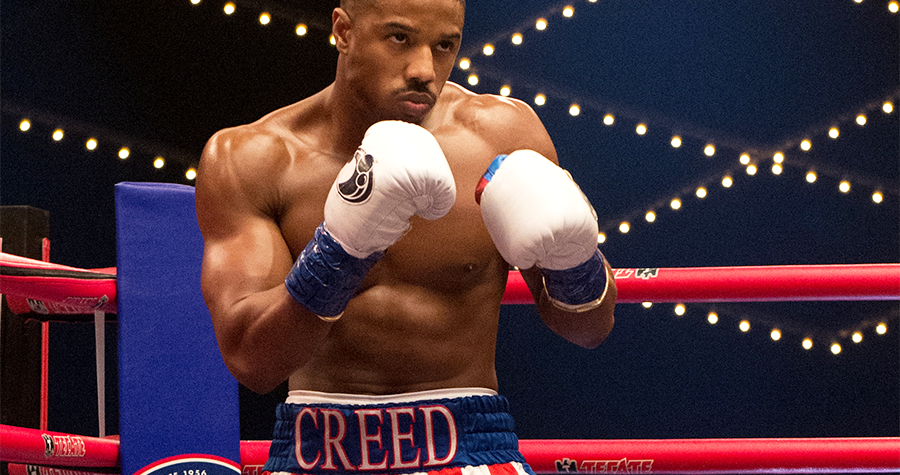 Rocky was released on November 21, 1976, which is more than 40 years ago. When you include both Creed movies, Sylvester Stallone, opens a new window has appeared as Rocky Balboa, opens a new window on 8 separate occasions! It's my hope that we continue to see Rocky in even more films to come.

I watched the first Rocky movie when I was about 15 years old and I was instantly hooked. Rocky Balboa had so many admirable qualities that kept me wanting more. Not only was he charming, he had great morals, was always the underdog in his fights, didn’t take crap from anyone, wanted the best for people, and could really take and deliver a good punch!

These qualities had me rooting for Rocky during his first bout with Apollo Creed, opens a new window. Rocky scored a knockdown within the first round, but ended up losing the match against Apollo in a split decision. Although the loss, Rocky gave Apollo everything he could handle, lasting all 15 rounds! Apollo even stated “Ain’t gonna be no rematch” while hugging Rocky at the end of the fight.

They would go on to have two more fights, one official in Rocky II and one behind closed doors at the end of Rocky III. Apollo Creed became very close friends with Rocky over the course of the first four movies. He also trained Rocky for his match against boxing opponent Clubber Lang, opens a new window in Rocky III. Tragically, Apollo Creed lost his life during his last boxing match against Russian Boxer Ivan Drago, opens a new window in Rocky IV.

Creed was released in 2015 and features Michael B. Jordan, opens a new window as Adonis “Donnie” Johnson. We learn toward the beginning of the movie that Donnie is the illegitimate son of Apollo Creed. Donnie is an up and coming boxer, and once the boxing world finds out that he is Apollo’s son a mega fight is offered. The boxing match is against the light heavyweight champion “Pretty” Ricky Conlon. The only condition is Donnie has to box under the name Adonis Creed to encourage fight sales.

Donnie meets with Rocky and persuades him to become his boxing trainer by sharing that his father was Apollo Creed. Rocky agrees to train Donnie and the fight is on!

Creed goes the distance with Conlon, knocking him down at the end of the fight for the first time of Conlon's career! Afterwards, Conlon lets Creed know he is the future of the light heavyweight division.

Creed II, opens a new window is coming and here is what we know so far about the sequel.

I’m excited to watch the Creed sequel and love how the plot thickens with the reemergence of the Drago family! Check out the trailer for Creed II below.

Will you be seeing Creed II when it's released this Wednesday? Share your thoughts below!