There have been so many great young adult books published in 2017. Whether you like action, romance, science fiction, serious issues or nonfiction, we have something for you. Check out these recommendations from San Mateo County Librarians.

The Hate U Give
After witnessing her friend's death at the hands of a police officer, Starr Carter's life is complicated when the police and a local drug lord try to intimidate her in an effort to learn what happened the night Kahlil died.

When Dimple Met Rishi
When Dimple Shah and Rishi Patel meet at a Stanford University summer program, Dimple is avoiding her parents' obsession with "marriage prospects" but Rishi hopes to woo her into accepting arranged marriage with him.

Goodbye Days
Carver Briggs never thought a simple text would cause a fatal crash, killing his three best friends, Mars, Eli, and Blake. Carver can't stop blaming himself for the accident, and a judge is pressuring the district attorney to open up a criminal investigation. Eli's girlfriend, Carver's therapist, and Blake's grandmother ask Carver to spend a "goodbye day" with them to share their memories and say a proper farewell. As other families ask for their own goodbye day with Carver, will it mean making peace with their losses, or bring Carver one step closer to a complete breakdown-- and possibly prison?

Refugee
Although separated by continents and decades, Josef, a Jewish boy living in 1930s Nazi Germany; Isabel, a Cuban girl trying to escape the riots and unrest plaguing her country in 1994; and Mahmoud, a Syrian boy in 2015 whose homeland is torn apart by violence and destruction, embark on harrowing journeys in search of refuge, discovering shocking connections that tie their stories together.

I Believe in A Thing Called Love
A disaster in romance, high school senior Desi Lee decides to tackle her flirting failures by watching Korean television dramas, where the hapless heroine always seems to end up in the arms of her true love by episode ten. It's a simple formula, and Desi is a quick study. She goes after moody artist Luca Drakos-- utilizing boat rescues, love triangles, and staged car crashes.

Life in A Fishbowl
Fifteen-year-old Jackie is determined to reclaim her family's privacy and dignity by ending a reality television program about her father's terminal brain tumor.

The You I've Never Known
With both joy and fear, seventeen-year-old Ariel begins to explore her sexuality, while living with her controlling, abusive father who has told Ariel that her mother deserted her years ago.

Landscape With Invisible Hand
When jobs typically done by humans are replaced with alien technology from the vuvv, Adam's parents have no money for food, clean water, or medicine. Adam and his girlfriend Chloe are forced to get creative. Since the vuvv love anything of "classic" Earth culture they begin recording 1950s-style dates which the vuvv watch in a pay-per-minute format. As the money rolls in, how far will Adam be willing to go to give the vuvv what they want?

How Dare the Sun Rise
The author shares the story of her survival of the Gatumba massacre, despite losing her sister, and how after moving to America she found healing through art and activism.

Spill Zone
Three years ago an event destroyed the small city of Poughkeepsie, forever changing reality within its borders. Uncanny manifestations and lethal dangers now await anyone who enters the Spill Zone. The Spill claimed Addison's parents and scarred her little sister, Lexa, who hasn't spoken since. Addison provides for her sister by photographing the Zone's twisted attractions on illicit midnight rides. Art collectors pay top dollar for these bizarre images, but getting close enough for the perfect shot can mean death-- or worse. When an eccentric collector makes a million-dollar offer, Addison breaks her own hard-learned rules of survival and ventures farther than she has ever dared. Within the Spill Zone, Hell awaits-- and it seems to be calling Addison's name.

Girl Rising
Follows girls who are coming of age in the developing world and confronting barriers to their education.

Starfish
Kiko Himura yearns to escape the toxic relationship with her mother by getting into her dream art school, but when things do not work out as she hoped Kiko jumps at the opportunity to tour art schools with her childhood friend, learning life-changing truths about herself and her past along the way.

We Are Okay
After picking up and leaving everything behind in California, eighteen-year-old Marin, with the help of her former friend, must confront her grief and the truths that caused her to flee her home. 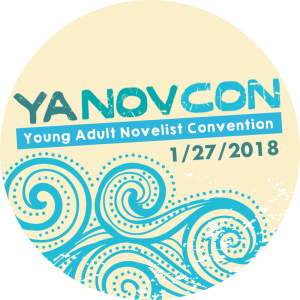 And if you like young adult fiction, then check out our Young Adult Novelist Convention (YANovCon). It's a free half-day celebration that includes panel discussions, author hangouts, and book signings with lots of published young adult authors.

What was your favorite book of 2017? Let us know in the comments.