Each event will feature a concert and family engagement activities. And because playing is just as important as singing in early childhood learning, we will be raffling off one tricycle and one scooter at each event.

Skip the nap, grab your dancing shoes, and get to these unforgettable shows in October! 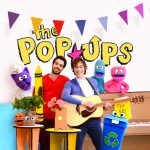 The Pop Upsopens a new window

A collaboration between Brooklyn musicians Jason Rabinowitz and Jacob Stein, The Pop Ups have received recognition for their unique rock and roll puppet musical show including a 2014 GRAMMY nomination for Best Children’s Album for their album Appetite for Construction.

Check out The Pop-Ups' titles in our collection. 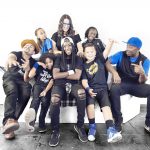 Learning comes alive through beats, rhymes, and movement. Alphabet Rockers have evolved to be much more collaborative and focused on the importance of elevating youth voice. The group will bring high energy and award-winning music. Don't miss it!

Check out Alphabet Rockers' titles in our collection. 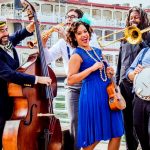 Jazzy Ash and the Leaping Lizard Bandopens a new window

The spirit of Mardi Gras is sure to take you over with Jazzy Ash’s original mix of family-friendly, New-Orleans-style jazz and favorite jazz standards. Bring your own beads!

Check out Jazzy Ash and the Leaping Lizard Band's titles in our collection. 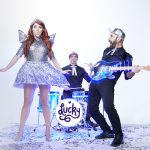 The Lucky Bandopens a new window

Winners of the 2013 Latin Grammy for children’s music, The Lucky Band enliven the library with their whimsical, multicultural, and bilingual tunes. Get ready for a hip-shaking, head-bopping dance party of fresh indie pop-rock beats!

Check out Lucky Band's titles in our collection or on Freegalopens a new window. 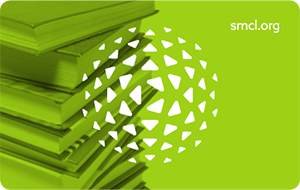