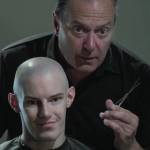 Just before closing time, a completely bald man walks into a barber shop. Reflections in the window and an irritating fringe have told him that it’s time for a haircut. 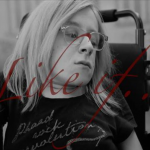 An unlikely heroine must deal with a particular epidemic; will she alone be able to save the world?

The Right to be Rescued

The Right to Be Rescued is a short documentary about the impact of natural disasters on people with disabilities. This documentary tells the story of those disabled people left behind in Hurricane Katrina and what New Orleans and other cities are doing to make sure it never happens again. 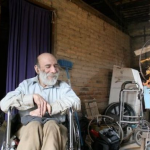 EVERYTHING IS INCREDIBLE tells the story of Agustin, a Honduran man born into poverty and living with the debilitating effects of polio in the small mountain town of Siquatepeque, Honduras. Since 1958, he has been building a helicopter from miscellaneous materials, including bicycle parts, rebar, and wood. Agustin's project is admired by some members of his community and scoffed at by others. His story reveals his imagination, creativity, and perseverance. 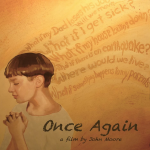 Using a mixture of home video footage and original animation, Spottswood Moore vividly portrays what it is like to grow up with obsessive compulsive disorder. 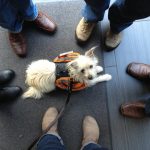 This reverent ode to the service dog tells the story of German immigrant Sonja Ohldag, who is diagnosed with a seizure disorder after moving to the U.S. in 1999. Unable to afford a service animal from an organization, Sonja trains her dog herself and takes a chance on Chief, who is not your average service dog. 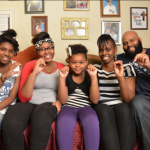 This documentary short follows the lives of a deaf couple with hearing children and the unexpected outlet that brings their family closer together. 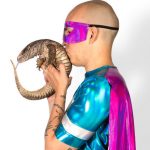 The Barber of Augusta

Toronto native Matthew Genser goes to great lengths to find his unexpected superpower: cutting hair. Like all superheroes, he has a dark side; but in his costume, he’s invincible. Put on your cape and get lined up! 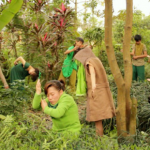 Forty years after the Vietnam War, the toxic remnants of Agent Orange have not faded. In this dreamlike meditation on the impact of war and the resilience of humanity, "Rhizophora" follows 11 disabled Vietnamese youth on a whimsical, poignant and whirling journey through a day in their lives. 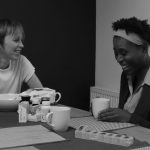 Anna, a woman living with Multiple Sclerosis is visited by Doreen, a door-to-door proselytizer who makes herself at home and stays the day, slowly defrosting her non-welcome. Together they walk in the park, bake a chocolate cake, and watch an Ingmar Bergman film.

ASL interpretation will be available at both screenings. Please call the library and let us know of any additional access requests.

It is not necessary to RSVP to attend. All are welcome!

Have you attended the Superfest International Disability Film Festival before? Let us know your thoughts in the comments below.