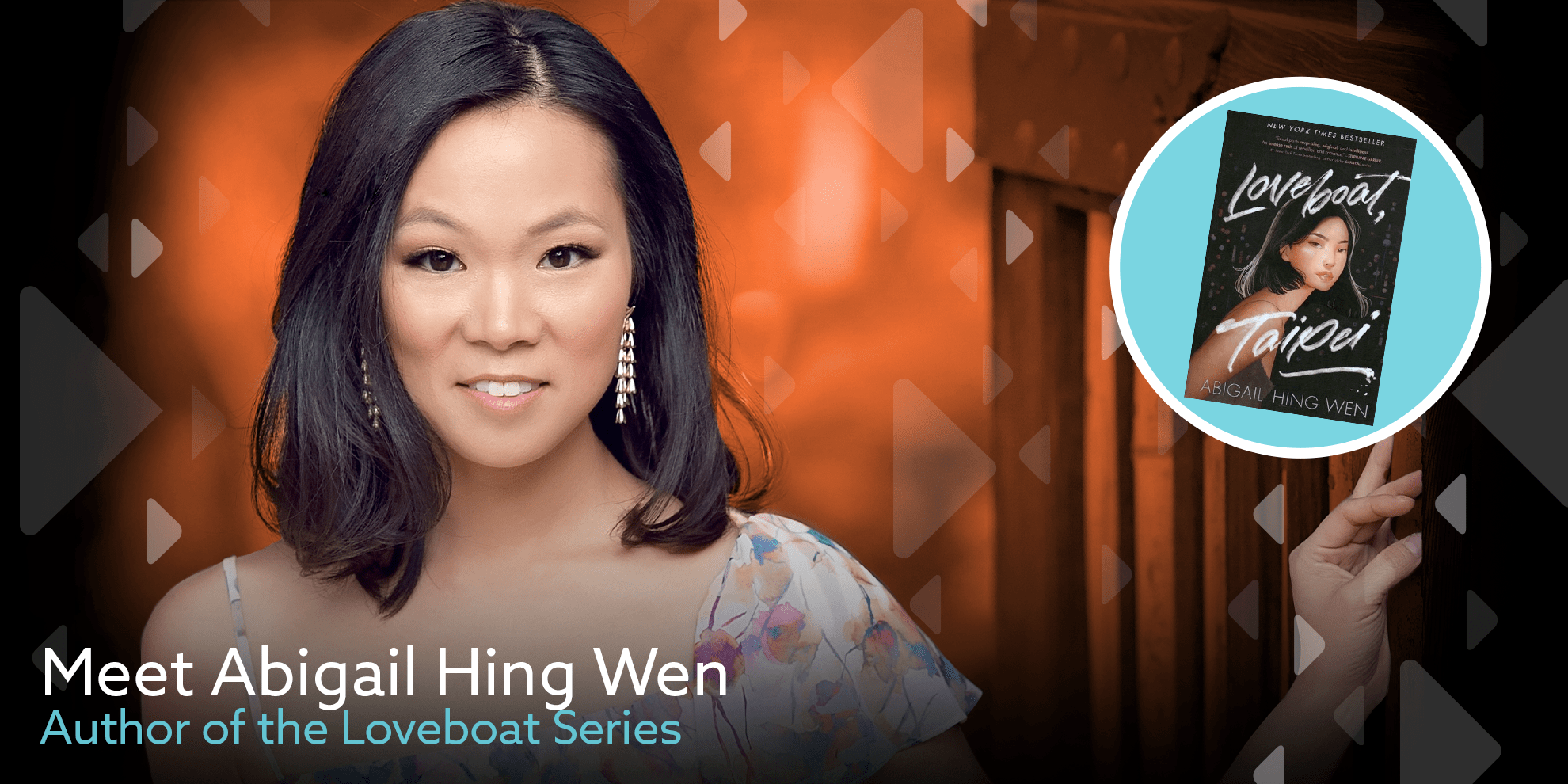 Register here to receive your Zoom invitation and join us for a lively discussion!

Discover an Unforgettable Summer, Based on the Real-life Loveboat

Based on the real Loveboat, opens a new window, the Loveboat series begins in Loveboat, Taipei when Ever Wong’s summer takes an unexpected turn. Gone is Chien Tan, the strict, educational program in Taiwan that Ever was expecting. In its place, she finds “Loveboat,” a summer-long free-for-all where hookups abound, adults turn a blind eye, snake-blood sake flows abundantly and the nightlife runs nonstop.

A Saga of Twists and Turns, New Love and Self-Discovery

By the beginning of Loveboat Reunion, Sophie Ha and Xavier Yeh have what some would call a tumultuous past.

Now fall is here, and it’s time to focus on what really matters.

Sophie is determined to be the best student Dartmouth’s ever had. Forget finding the right guy to make her dreams come true—Sophie is going to make her future happen for herself. Xavier, on the other hand, just wants to stay under his overbearing father’s radar, collect his trust fund when he turns 18 and concentrate on what makes him happy, for the first time ever.

But the world doesn’t seem to want either to succeed. Sophie’s computer science professor thinks her first major project is too feminine. Xavier’s father gives him an ultimatum: finish high school or be cut off from his inheritance.

Then Sophie and Xavier find themselves on a wild, nonstop Loveboat reunion, hatching a joint plan to take control of their futures. Can they succeed together... or are they destined to combust?

Expansive and romantic, glamorous and tender, Loveboat Reunion picks up right where Loveboat, Taipei left off through the eyes of two fan-favorite characters, on an unforgettable journey of glittering revelry and self-discovery.

Abigail Hing Wen is a New York Times bestselling author, a new filmmaker and a wife and mother of two. As a leader in the technology field, she also writes and speaks about AI ethics, women’s leadership, equity and implicit bias. The creator of the bestselling novel Loveboat, Taipei and the sequel, Loveboat Reunion, Wen is also executive producing the book-to-film adaptation. She is currently writing a new novel that explores cognitive diversity in an intergenerational Asian American family, as well as creating original film and TV projects. Today, she lives with her family in the San Francisco Bay Area.

An inspiring look at the strength of family and the importance of art, and how both can influence how we see ourselves and the world around us. Plus, it's just wonderfully romantic! I fell in love with Xavier, Sophie and Loveboat all over again. — Marissa Meyer, New York Times bestselling author of Gilded and the Renegades series.

Loveboat Reunion is about the interplay between surface images and our true selves, about trying to figure out who we are in an image obsessed world, about the way people see us and how it can limit and entrap and what it means when someone really, actually sees you for who you are. — Anne Ursu, author of National Book Award long-listed novel The Real Boy and The Troubled Girls of Dragomir Academy.

Not a ship, but a cultural phenomenon. Get ready to board the Love Boat, where millions of Chinese Americans get their first taste of love and freedom. Abigail Hing Wen’s debut is fresh as a first kiss. — Stacey Lee, award-winning author of The Downstairs Girl.

Loveboat, Taipei is a poignant and honest examination of first love, family obligations and that strange place between high school and college, where we don’t quite know who we are and as such, anything could happen. A unique story from an exciting and authentic new voice. — Sabaa Tahir, #1 New York Times bestselling author of An Ember in the Ashes and All My Rage.