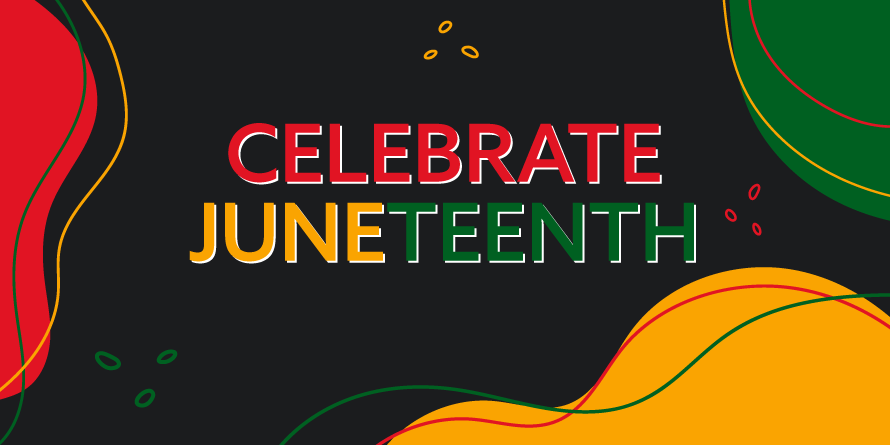 Juneteenth is a day commemorating the end of slavery in the United States. The word Juneteenth is a combination of the words June and nineteenth that marks the day June 19, 1865, on which enslaved people in Galveston, Texas, learned from the Union Army that the Civil War was over and they were free from slavery.

It is important to recognize that June 19, 1865, was not the end of slavery. In fact, the Emancipation Proclamation, opens a new window issued by President Abraham Lincoln on January 1, 1863, ended slavery in the Confederacy. About six months after Juneteenth, on December 6, 1865, the Thirteenth Amendment, opens a new window abolishing slavery and involuntary servitude was ratified.

Juneteenth is also known as Emancipation Day, Liberation Day, Freedom Day and Jubilee Day. In addition, this day is widely regarded as African American Independence Day as they come together to celebrate their cultural heritage and the symbolic day of freedom for the African American community.

Although Texas was the first state to designate June 19 as a holiday, Juneteenth officially became a national holiday in the United States when President Biden signed a bill in 2021, opens a new window. The San Mateo County Board of Supervisors, opens a new window adopted an ordinance designating June 19 as “Juneteenth,” in May 2022. This day commemorates the end of slavery in the United States.

A Day to Celebrate and Explore

The story of how Juneteenth came to be demonstrates its importance to American History. It commemorates the hard-fought struggle for freedom and celebrates Black culture. Juneteenth is honored throughout the United States with parades, religious services, music and food. Here are 10 ways, opens a new window that you can commemorate Juneteenth in 2022, plus how you can celebrate in San Mateo County, opens a new window.

San Mateo County Libraries and Customer Care will be closed in observation of Juneteenth on Sunday, June 19, and Monday, June 20. However, we are always open at smcl.org.

This event marks a major historic step toward efforts to combat systemic racism, social inequality and racial injustices that remain deeply rooted in our society.

Below you will find stories that reflect on Juneteenth for both adults and youth.

Interested in learning more about this national holiday? Here are a few Juneteenth stories for your enjoyment.

Interested in learning about and honoring Juneteenth? Here are a few stories to get you started.